Annette is a musical that opens by asking us if it’s “time to start?”. My interpretation of that question being asked by director Leos Carax, is that he is preparing us for what we’re about to experience. If you are aware of the French director, you know that his films are often challenging pieces of work, and he continues that trend with his recent musical. The songs and lyrics are written by the band Sparks, who have had a revival this year, starting with the excellent Edgar Wright documentary The Sparks Brothers, and now bestowing upon us the excellence that is Adam Driver and Marion Cotillard falling in love, falling apart, toxic fighting, and doing it all through song. That’s not to say anything about Annette is conventional, it’s by far one of the strangest musicals one will ever encounter, and yet I can’t stop thinking about it. The lights are bright, the stage is set, which is why talking about Annette is always a good time to start.

The casting in Annette is wonderfully on point, where Driver stars as Henry, an actor and currently performing in his one man show “The Ape of God” and he has a connection with opera singer Ann (Cotillard). The journey of Annette revolves around their relationship and careers, where they are the hottest couple of the paparazzi, and engaging in passionate sex when they have time to themselves. The third wheel in the story is The Conductor (Simon Helberg), the man looking at their relationship from afar, longing for the love of Ann, and expressing it in his composing of music for her. It’s not a love triangle of these three, but when Henry and Ann welcome their daughter Annette into the world, it becomes a triangle of family, followed by tragedy, and the musical talents of this unique child is born of artists.

To claim that a musical like Annette is a one of a kind is true, specifically the music of Ron and Russell Mael, which has the mix of repetition and melodies. For many, the music will infuriate and for others the music will drill into their brains. In my opinion, it was the latter, where the vocal stylings of both Driver and Cotillard are on delightful display. It also helps that the direction from Carax is of a wonderful imagination and substance. The sets are filled with a cardboard cutout style, similar to the sets on Ann’s opera shows, and Carax’s staging of the characters is that combination of lush outdoor hillsides, and faux Hollywood living. An obvious theme is that Carax is dissecting what is real to humanity anymore. The Images of actors, the friendships that bond, and the children that we create; When Annette arrives into the world, her talents are real, her singing is sweet, but the reality is that this is not an ordinary child.

Giving away more about Annette would be the wrong approach, as a documentation of their love is both erotic and powerfully captured, both through song and dance. It’s the performances from Driver and Cotillard that have a meta expertise to them. Driver’s Henry is the exact opposite of his character in Marriage Story, playing the tortured actor, a volatile, angry man, incapable of loving himself, and his wife. Cotillard is stepping aside from her powerful performance as Edith Piaf in La Vie En Rose, playing Ann as a singer with an angelic presence, performing in operas like a Greek goddess, and finding her muse in Henry. It’s when the title child comes into the mix where the themes and interpretations of Annette pushes the audience to step outside their minds.

One thing is for sure is that Leos Carax has a brilliant mind and eye for cinema, creating a musical narrative that exists in his universe of filmmaking. An easy interpretation of the character of Henry is that he is a combination of Carax, Driver, and the common man. He’s conflicted, violent, and when the responsibility of his child, the darling Annette, enters into the narrative he wrongfully sees her as a puppet or a pawn in his life. That view could be wrong, but it is what I saw and similar to Holy Motors, Annette is pure Carax, using color pallets of green, white, and purple, while pushing his audience outside the realm of what reality is. Annette will be waltzing and digging into my brain for the rest of 2021, and even then, I still don’t know if I will fully realize it. That’s the Leos Carax way. Now may we start? 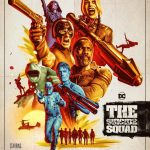 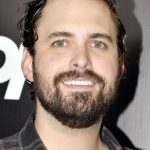