I don’t want to make this a review where I am just trashing on Natalie Krinsky’s directorial debut- The Broken Hearts Gallery. I am sure she is a well intentioned person, making a movie that she thought could bring joy to some people. But the cynic in me can’t hold back. It’s hard to believe a movie of this caliber could even exist. With a major studio like Sony producing it and a collection of youthful actors that have shown their talents in other capacities. However you slice it, The Broken Hearts Gallery is a painful, insufferable, and deranged movie. It lacks any genuine emotions and will leave audiences with a bad case of heartburn.

First of all, the plot is as basic a romantic comedy could be. Geraldine Viswanathan plays Lucy, a fast-talking, inauthentic, assistant at an art gallery, living her dream life in New York, with her two wacky roomates Amanda (Molly Gordon) and Nadine (Phillipa Soo), and dating her classy coworker Max (Utkarsh Ambudkar). Things could not be better and then she finds out Max has been secretly with his ex-girlfriend and then Lucy embarrasses herself in front of a crowd at her boss Eva’s (Bernadette Peters) big art gala. She loses her love and her job in one swoop and in a rush, she mistakes her Uber ride for the car of Nick (Dacre Montgomery), a meet-cute that is as dumb as it is creepy.

What follows is rom-com 101. Nick is opening a hotel and Lucy wants to help out for her own benefit. She conceives an idea to take various items she’s hoarded from past relationships, and turns it into an art-gallery and wing of the hotel. A friendship between the two starts, there’s romantic tension, but of course not without the ex of Lucy coming back into the picture, only for Nick and Lucy to realize that what they have wanted was right in front of them. The narrative is a string of predictable sequences, followed by montages of friends laughing, and popular music that’s used on a current MTV reality show playlist. And if all of that stuff isn’t brutal enough, The Broken Hearts Gallery follows through on it’s predictable promise. I don’t think it’s a spoiler to say the two end up together because this movie would have to be genuine to want to surprise it’s audience.

The problems with The Broken Hearts Gallery are many but it starts with Natalie Krinsky’s script. Nothing about any of these characters is real. The dialogue is a constant stream of nonsensical jokes, each actor acting with a capital A, while each character is more one dimensional than the next, and not a single ounce of true chemistry between anyone in frame. Every location is trendy, the clothes are always on “fleek”, and not a single moment looks real. When folks rant in the comment section or bemoan on their barstools about, “those G-D millennials are running everything!”, this is what they’re talking about. There’s not a single shred of authenticity in this movie’s entire hour and forty-five minute runtime.

Topping it all off, the cynic in me was constant, because this is the worst movie to run at this time. Nothing is more tone deaf than watching hip twenty-something’s, thinking everything they say and do is incredibly important, worried about their love lives, while we live in the real world of a pandemic, raging fires on the West coast, 200,000 people dead from a disease, rampant racial injustice, hurricanes, shitty presidential leadership, and on and on. The Broken Hearts Gallery deserves to be smashed into a thousand little pieces. This might be the worst movie of 2020. Cross my heart.

THE BROKEN HEARTS GALLERY IS AVAILABLE ON DEMAND 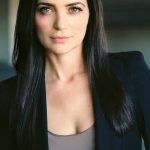 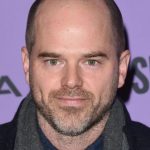