On the outside of Shiva Baby is a comedy about family, how much they can impose on us, the pressure we feel from the eyes of grandma and grandpa, the nagging, and judgment. Inside all of that comedy is absolute terror, near equal to a horror movie. If that was the tone director Emma Seligman was swinging for, then the hammer goes straight down, and hits into the core of the viewer. Honestly, Shiva Baby made me anxious as all get out, with a fantastic collection of actors, but specifically lead by a stellar newcomer Rachel Sennot, playing the lead character Danielle. It all takes place at a Shiva (which is the Jewish tradition of mourning after a funeral), but instead of things being sad, things are incredibly high strung. The basis of Shiva Baby is about one woman, her imposing family, an ex-lover, and a new lover that was hiding a lot of secrets from her. There’s more than just mourning going on at this Shiva Baby, it’s a mix of laughter, tears, and frustration. That’s just family, I guess.

In the opening scene we see Danielle sleeping with Max (Danny Deferarri) on the couch of his New York high-rise apartment. They finish, share a peck of a kiss. Max gives Danielle the gift of a new fancy bracelet, sending her on her way with some cash as well. This isn’t a matter of prostitution, no, Danielle is Max’s sugar baby, and as long as the relationship hasn’t crossed any lines, it’s just fun. That is, till Danielle joins her mother (Polly Draper) and father (Fred Melamed) at the Shiva of a good friend’s husband and everything blows up. While there, things instantly grow tense, with aunts and uncles telling her she needs to eat more, others picking at her lack of having a job lined up after college, and many embarrassing conversations on who she’s dating. And then she see’s Max, talking to her dad, and then his wife (Diana Agron), and their 18-month child. On top of all that, her ex-girlfriend Maya (Molly Gordon) is there as well, adding another layer to this already uncomfortable Shiva cake.

As far as narratives go, there are not many like Shiva Baby. The easiest comparison I have is the Safdie brothers’ Uncut Gems, only there’s no gambling. The tension in this story is never gone, and if it is it’s because Danielle took a break in the bathroom, and there’s more stress waiting outside the door. What helps is how writer/director Emma Seligman is working with subject matter that she’s dealt with before. Her 2018 short film- also called Shiva Baby– expands the various characters from her first effort, but she still uses the dynomite presence of Sennott. There’s also the factor of the sharp, like fingernails on a chalkboard score by Ariel Marx, combined with the claustrophobic and often spinning cinematography by Maria Rusche. All of those things, combined with a great lead performance, and various character actors, bringing every moment of Shiva Baby to life with authenticity.

The proximity of this house, with the various people bugging Danielle, and the tension of two lovers, both aware that people they’ve been keeping secrets from are just a few steps away, is why Shiva Baby is both wildly intense and remarkably frustrating. If there is a problem with the narrative it’s that the tension seems to never stop. Front room to back room, Danielle and Max are playing an uncomfortable game of hide and seek. Cutting through the tension, however, are well timed quips from Melamed, Draper, and Molly Gordon, a supporting cast that’s a gold standard for well made comedies.

With Shiva Baby, it’s easily one of the biggest surprises of 2021, as a comedy it’s filled with witty dialogue, but also a major success for first time director Emma Seligman. Her style of scope, writing, and the final collaborative project, is more relatable to the work of a seasoned veteran. It may be a nerve wracking, wild experience to attend this shiva, but it makes for a whole lot to talk about. This baby is supposed to be a somber experience, instead it’s wild dramedy that you won’t forget. Highly recommend Shiva Baby, baby.

SHIVA BABY IS PLAYING AT THE MUSIC BOX THEATER THIS WEEKEND AND AVAILABLE ON VOD. 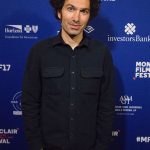 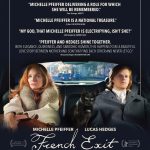