On my second viewing of French Exit, it hit me that there was not a single actor, not Glenn Close or Meryl Streep, nobody that could play the lead role of Frances Price other than Michelle Pfeiffer. The Age of Innocence, Batman Returns, Dangerous Liaisons actor has found a way to be one the best in cinema working today and yet, it still feels she hasn’t been given her due credit. In French Exit, she plays a wealthy New York socialite, who has a reputation for being a tad bit eccentric, whose life turned when her husband (Tracy Letts) passed away, and instead of calling the police, she left the house to process things for a few days. Her relationship with son Malcolm (Lucas Hedges) is also strained, where the connection has been a bond of codependency, and when the money starts to dry up, Frances decides to move to Paris to spend everything she has till it’s gone. Once we get to Paris, it seems that more odd, different, quietly delightful characters find Frances and Malcolm, and the outcome is a collection of lonely people, living life on their own terms. French Exit is a sardonic, witty, and unique study of human characteristics, directed by the ever curious artist Azazel Jacobs. For many reasons, French Exit is a delightful getaway.

The opening sequence begins where Frances picks up Malcolm from his boarding school, telling him that his father has died, and that if he sticks with her, the two of them are going to be alright. We can tell that Frances is someone that walks to the beat of a different drum and unfortunately for Malcolm, he’s been too shy to ever break away from his mother, even as he’s gained his own independence. His girlfriend Susan (Imogen Poots) wants him to grow up, make a decision for himself, and the two of them can go away together. He can’t do that to his mom, and when Frances knows the wealth is drying up, she basically gives up on everything. Although French Exit is an often cold and depressing tone, it’s the way that Frances begins to grow through a change in her lifestyle. There’s something incredibly beautiful in the growth of these characters.

The screenplay is written by Patrick DeWitt, based on his book of the same title, who had already worked with Azazel Jacobs on his earlier film Terri. The two movies are not far from one another in themes, where it’s a story of younger generations’ connection with older generations and the bonding of unlikely friendships. The trip to Paris begins on a cruise ship, with Malcolm having a romantic swing with a medium named Madeline (Danielle Macdonald), and Frances enjoys drinks with the ship’s captain, all while trying to hide her black cat in her purse. It’s soon after they arrive in Europe where new people keep intruding into their lives. The days for Frances are a slow saunter to being penniless, tipping people too much for anything, but when she receives an invitation from a woman named Madame Reynard (a scene stealing Valerie Mahaffey) the tides shift and French Exit becomes a gathering of lonely people looking for other lonely minded characters. Down the road they lose the cat, forcing Frances and Malcolm to seek out the Medium to conduct a seance to locate the feline, that may or may not have the spirit of her dead husband inside him. Strange enough for ya?

It is because of that strangeness, that unpredictable wit that keeps French Exit enjoyable. The majority of that pleasure comes from observing Pfeiffer, who adorns a brown and maroon fur coat, which fits perfectly with her sharp-cat eyes that say, “please, do not mess with me”, along with raspberry red hair and fierce stares. It’s not that Pfeiffer’s character is ever truly mean, but instead someone that won’t fuss over the bullshit of the world. All of that calmness, that collective cool is pure Pfeiffer, whose performance is delightfully wicked, her very presence commands our attention. As far as Pfeiffer’s performances go, she’s flat out fantastic in French Exit.

Even then, the entire variation of characters in French Exit will either work for some that find the various players interesting and others that find them too odd. I am on the side of constant intrigue, where Azazel Jacobs does an excellent job, crafting a narrative around a myriad of people that could have their own story. The director of The Lovers has created a filmography that is on par with the Noah Baumbach’s or Cohen Brothers of the world. Soon we will be saying, “oh this is an Azazel Jacobs picture”. It’s because his movies show a different kind of person, a new way of discovering relationships, and that’s everything we get and more in French Exit. 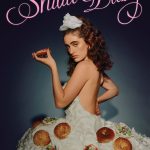 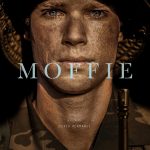