If one acting performance receives attention in 2020, I want it to be Jules Willcox in John Hyams Alone. I am starting my campaign now to get her work noticed because without it, Alone would not be the fantastic movie that it is. The actor from Lancaster, Missouri has already been noticed on TV shows such as Chicago P.D., Bloodline, and Dirty John, but this will be the movie that breaks her through. Her performance as Jessica, a person that has lost a lot already, is a total commitment, playing someone that is leaving her past behind, is then stalked by a mad man on the road, kidnapped, and fights for her survival. It’s no surprise that Willcox has a role in Sofia Coppola’s upcoming film On the Rocks, but once fans see how much of a warrior she is in Alone, something tells me Jules Willcox will be a big movie star. I was able to chat with Jules about her performance, working with John Hyams, what inspired her to get into acting, and fighting in the cold mud. Give it a listen here: 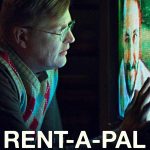 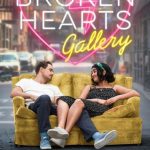