It’s not a new concept to make Santa Claus a beer swilling, foul mouthed, aggressive version of the jolly giver of gifts is not new. Just in 2020 there was Fatman and before that we had Bad Santa. The newest installment of a Santa with attitude is director Tommy Wirkola’s Violent Night, which features a hammer wielding, butt-kicking Santa, faced against a group of bad guys trying to rob a secured vault in the home of a wealthy business woman. What audiences will get in their stocking is a bit of naughty and nice, with a narrative structure that throws back to 90’s action, and has a delightful performance from David Harbour as jolly ole’ Saint Nick. It makes for Violent Night to be an enjoyable holiday mash-up, with a few lumps of coal in moments, and enough joy to bring holiday cheer.

We meet Santa (Harbour) sitting at the bar, a few beers deep, and seemingly down in the dumps. It’s Christmas eve and that means he needs to work all night delivering presents. One of the good kids is Trudy Lightstone (Leah Brady), whose mom Linda (Alexis Louder) and dad Jason (Alex Hassell) have been having marital discourse. They hope to enjoy the holiday at the gated community and mansion of the fierce matriarch of the family Gertrude Lightstone (Beverly D’Angelo). Things turn for the worse when a group of criminals show up to take over the house- all with Christmas code names- and are led by an angry man named Scrooge (John Leguizamo). This plan takes a turn when Santa finds himself in the house as the heist begins and now the only person left to help stop it is the big bearded gift giver.

An easy way to describe Violent Night- a comment that many have already said- is that it’s Home Alone meets Die Hard and that’s not a bad description. It’s certainly a throwback to 90’s-action films, such as Reindeer Games, Die Hard 2, Daylight, and True Lies, and the majority of that style arrives from Leguizamo. His bad guy is a ruthless jerk and his backstory certainly involves a hatred for Christmas. What hinders it a bit is the more gruesome violence that takes place, where heads are impaled by a bed of nails, bodies are sent through wood chippers, and heads sheared off. If there were more of that, Violent Night would be on a similar stage as Terrifier 2. They certainly get the Violent part right.

The additional plus side comes from the sheer presence of David Harbour. His performance and moments are the best part. He has whip smart quips and throws his body around as one bad ass Santa. The problems lie on just about everything else, where the editing has major continuity problems, the Christmas-theme puns and phrases started to wear on me, and the rest of the plot is mundane family bickering. If the screenplay, written by Pat Casey and Josh Miller, was as rich as the Santa bashing heads or Home Alone-style traps set for bad guys, there might be a better movie in its entirety.

What is interesting though is that Violent Night is never boring, dripping with the David Harbour magnetism, and well choreographed fight sequences. Without those the snow mountain crumbles. There are great highs and sluggish slow lows here. The direction from Tommy Wirkola is solid- his other films The Trip and Dead Snow 2: Red vs. Dead are better representations of his strengths- but there is enough reason to want a sequel from this one. The idea of David Harbour continuing to play Santa would put an instant smile on my face. That’s what Santa does but this is one Santa you do not want to mess with. 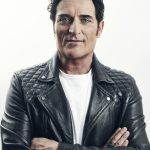 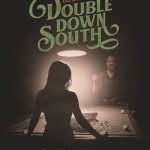