Prior to watching Double Down South, I had watched the Norman Jewison high stakes poker movie, The Cincinnati Kid with Steve McQueen. You instantly wish more movies were like this, where the characters come alive within an instant of introduction, and the tension arrives out of story. I wouldn’t say that director/writer Tom Schulman’s newest film achieves that level, but it’s what I like to call a comfort movie, a story that feels authentic because the characters are too rich to not be true, and it teaches everyone about an entirely new game of billiards. With an inspired lead performance from Lili Simmons, great writing for a story that feels fresh in the world of sports- Double Down South is a high stakes experience in the corner pocket.

For starters, who ever knew there was such a thing as billiards keno? Director Tom Schulman knew, with it being a game that was played in his neighborhood growing up in the South, and his ability to convert it to the screen is a big highlight here. It starts with young 20-something Diana (Lili Simmons) coming into the backwoods of a Mississippi town, set at an old plantation house, where the word is that the best game of pool lives there. Her hopes are to do a little hustling, but what she finds out is that a different game is played, and the stakes are higher than a kite. She first meets Nick (Kim Coates), the owner of the house, and the devilish man that oversees the gambling that takes place. He wants to sponsor Diana, knowing she’s got what it takes to make him a lot of money, but when the games turn to violent altercations, Diana will realize that she needs to win on her terms to put a bad man in his place.

I repeat it far too often that we don’t get movies like these anymore and I would be the first to say that Double Down South isn’t perfect. The pacing is often too slow and that creates a movie that is far too long for its own good. What I will say however is that its imperfections do make it better. The supporting cast of players- Tom Bower as the veteran of the house, Justin Marcel McManus as the clear favorite in the world of pool, and Rebecca Lines as Sheila the voice of reasoning- all make for a collective group to hang with. The majority of the action takes place inside the house or outside next to a burning fire. There is a bit of stage production to it all. The dialogue is as rich as the characters are alive and as Nick and Diana go back and forth, the audience will be waiting for that billiard ball to pop-off.

The screenplay by Schulman has that older dramatic approach to it as well. There are a few instances of montages to show games being played but there’s not a focus on letting the characters fade to the background. The drama exists front and center with Diana and then develops a dwindling relationship with Nick. It’s unpredictable at all times where the relationship will go, as Nick has moments where he might be the kind person looking out for someone, giving guidance, but his anger becomes erratic, to the point where his personality can be scary to approach. It leads us to cheer for Diana but her success will not arrive easily as other cliched sports movies would do.

Audiences will ultimately leave wanting to know more about keno billiards, want to scratch an itch of high stakes gambling, and want more drama just like Double Down South. It helps to have the presence of Kim Coates, an actor that can scare us with a glance, charm us with a smile, or keep us on edge of what he’s capable of. Double Down South is an impressive return from Tom Schulman. It’s a character driven story and a razor sharp drama. If you’re looking for something that’s taking a risk- make it Double Down South.

DOUBLE DOWN SOUTH HAD ITS PREMIERE AT DANCES WITH FILM FESTIVAL IN NEW YORK. 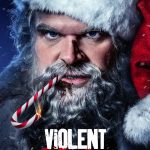 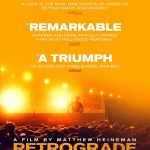