The filmography of Ramin Bahrani is truly remarkable. Making independent films to start, gaining major acclaim from his second film Man Push Cart, and continuing to climb from there. And even though he has been a fan of the works of Errol Morris and Werner Herzog, it’s surprising that 2nd Chance is the first documentary made by Bahrani, the fact that it’s excellent is no surprise at all. It’s the type of documentary that you might expect from the filmmaker, a subject and character study that encapsulates America, and finds a way to point the camera on what can only be described as absurdly true. 2nd Chance is about guns, greed, the refusal of responsibility, and that’s the American way.

The subject of the documentary is a man named Richard Davis, who invented the concealable bulletproof vest, proceeded to test his product by shooting himself in the chest over one-hundred-ninety times, created his own company called 2nd Chance, and would ultimately be responsible for countless of lives saved by his product. With such success comes the story behind the man. Davis would do much with his wealth of riches and Bahrani uncovers a man who also had put lives in danger for his own corporate greed. It always seems to come to that. And 2nd Chance is a documentary about one man, but it’s also about so much more than that, as Richard Davis also becomes a representation of all that can be good and bad in life.

One of the impressive approaches that Bahrani takes on Davis is to give a full, unfiltered background look, and letting him tell the story. A former U.S. Marine, we see it all, from his wild shooting competitions on company grounds, his two ex-wives, and his obsession for making low-budget action films as his advertising techniques. There is an acute similarity to Davis as a carnival barker. He’s a salesman with massive amounts of firepower. And when the money started to roll in for his product, so did the recklessness.

What started as a small company in Michigan, quickly became one of the biggest suppliers, and employment factories in the area. With that type of attention from the town, what arrived for Davis was a life of praise. Then as the documentary details, with documents, talking-head interviews, and old footage- the major focus becomes 1998, when Davis refused to take responsibility for his implementation of a Zylon-based vest that proved defective over time, leaving people in battle or police situations vulnerable. It’s not that Bahrani is interested in condemning or accusing Davis- in fact the camera often is just left in place- Davis does it all to himself. What slowly becomes evident is that this is a man without remorse, incapable of taking responsibility for his actions or company mistakes. We see outside viewpoints and people helped and harmed by Davis, including those who used the vests to save their lives, and what it means to use a gun.

As 2nd Chance leads to a final conclusion on Davis, the narrative shifts to the people impacted by his decisions, along with a connected story on a man that brought the truth out about Davis, helped the FBI in bringing a case against him, while also meeting the man today that shot him in the line of duty. There’s always more to the story of a person’s life and it’s often hidden under a shell of fear. The major message of 2nd Chance- and there are many- is that it becomes reminiscent of any type of power we see men cling to today. President. Movie producer, actor, director, and on. A constant factor of 2nd Chance is that it was a world of denial. Bahrani is breaking away those shells. He has made a documentary that speaks truthful and beyond just a simple subject. 2nd Chance is fantastic documentary filmmaking. Now I’m hoping Bahrani makes many more. 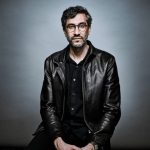