The setting is in a dusty barn and the topic of conversation is about being treated as human beings. It’s a conversation that we are all having, in our Facebook groups, in our classrooms, or at the dinner table, and in Sarah Polley’s Women Talking, the conversation feels forever in the moment. Based on the novel by Miriam Toews, this isn’t set in the genre of science fiction or a far distant future, but in a present time, taking place at an isolated community of men and women, living a simple life that could be compared to an amish lifestyle. What makes Women Talking unique is that we don’t see much outside the topic of conversation but it’s not needed because a picture is painted and the way these women have been treated by men in this community has reached a tipping point. The debate between these eight women is if they should leave the community away from the abusive men or forgive. It’s not simple. It’s incredibly complex. The conversation covers every angle and it leaves us wondering about the world we want our children to grow up in. It’s because of that complexity and a fully collaborative collection of great performances that make Women Talking the movie audiences will not stop gabbing about.

The cast of characters are Ona (Rooney Mara)- whom we see her experience of being attacked in her sleep- Salome (Claire Foy), Mariche (Jessie Buckley), Agata (Judith Ivey), Greta (Sheila McCarthy), Mejal (Michelle McLeod), Autje (Kate Hallett), and Neitje (Liv McNeil). They have become the debating body of women in the community to take the final vote. Leave and raise their children in a more respectful life or stay for forgiveness of the men, hoping that attacks, violent rapes, and drug induced molestations will never happen again. On the outside of the group is the lone male August (Ben Whishaw) and not partaking in what she views as wild acts is Scarface Janz (Frances McDormand). Those are the players and the conversation begins. If it were as simple Women Talking would seize to exist and yet it’s the most captivating and engaging piece of theater in some time. Each character expertly drawn, the setting elegantly staged, and the dialogue pulling every emotional thread inside the body.

That dialogue richly pours out from the assistance of Polley, whose screenplay adapts the novel with a sense of urgency, and directs the story in a purposeful pace. It leads in with a narration, an explanation of what the men have been doing, along with imagery that shocks and never shies away from the harsh reality of these women’s existence. That visual sense from Polley expands the narrative structure, from just being a singular set film, to being a broader stroke of community. The crops, the farm houses, the school, the children playing, and the golden lit horizon that covers it all. One might begin to wonder how a place so heavenly could become another person’s hell?

This is also not the he-man hating club that one might think it to be. It’s a reckoning that women- specifically white women of faith, of conservative, and traditional beliefs must confront. It’s a question about what kind of boys do we want to raise to be men? The answer to that is respectable ones and what we see here is far from that. Mara’s Ona is reserved, currently pregnant from her attack, Foy’s Salome is over it, ready to fight every single man, while Matiche (Buckley) is defensive in her approach to the debate. Her life to this point has been met with abuse from her husband followed by the abuse of her forgiveness. The elder women are Agata and Greta, both well past their time of seeing a change, while the youngest of the group look upon what their future could be. It’s bleak, it’s mired in sadness, but it’s bursting with the competitive spirit for living.

To claim there is one singular great performance is a waste of breath as every actor brings a performance worthy of love. If I had to choose I might say Foy, who straddles a fine line of emotional confidence and fear. The proper answer, however, is that this is one spectacular ensemble piece and the major praise belongs to Sarah Polley. One paper this is a film that shouldn’t work this well or be cinematic. This is an experience in cinema and a conversation starter that the future desperately needs to have. It’s a film for men to see and fathers to introduce to their boys of a certain age. The rights of women have been destroyed. Women in Iran are fed up with old fashioned rules and ways of living that only suit the dead. Women Talking is a megaphone that Sarah Polley has constructed for that voice and everyone should hear it too. Women Talking is one of the best movies of 2022. 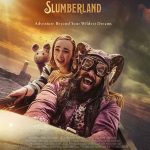