Death is a subject many don’t want to talk about or face. Yet we all know our time will eventually come. When it will happen is a whole other matter. Filmmaker Ondi Timoner takes us on a journey when one person’s final moments will be known and documented. The person in question is her own father Eli who has decided to follow California’s End of Life Option Act and use physician approved drugs to end his own life. The reasoning and process is profound and deeply moving in the brilliant new film, Last Flight Home.

Eli Timoner was a well-known philanthropist who started Air Florida in the 1970s. He hob knobbed with the wealthy and the politically connected, including our current President. In 1983 he suffered a stroke after a masseur cracked his neck, leaving him partially paralyzed. Now at the age of 92, Eli is on his deathbed and ready to take advantage of California’s law.

The may be the closest any of us have ever gotten to viewing a real man’s march towards death on film. He has a big family around him including his daughter Ondi who has done an impeccable job of filming his last month, right up to the end. Eli talks about his decision and shares his final thoughts, regrets, and brave outlook.

To help us understand Eli better, Ondi includes footage dating back to his childhood as well as his rise to prominence which is documented with various news clips. We learn his politics (a true Trump hater) as well as his feelings about his wife, children, and grandchildren. They, of course, are also interviewed throughout the film. Ondi spends most of the time recording Eli’s interactions with the people in his room as they contemplate his life and decision to end it. He even participates in the writing of his own obituary. Since the events took place in February and March of 2021 as the pandemic was still circling among everyone, there are plenty of recorded Zoom calls to family, friends, and doctors included here. These are never distracting or superfluous in any way as they each contribute to our knowing Eli and his loved ones.

The film also provides plenty of details as to just how California’s End of Life Option actually works, including how and when the drugs are to administered and how involved physicians are in the process. It’s interesting to find out that Eli has to take the final drugs himself to make the act legal. Given his extremely weakened state, it is fascinating to see this play out.

Of course, the most amazing footage here comes from Eli’s final days. Ondi records many of his friends, colleagues, and family saying goodbye in many heartfelt scenes. She takes her time with these final interactions. From a viewer’s standpoint, the anticipation and preparation for the end are highly emotional. Anyone who has witnessed those last days, whether it be in person or via Zoom in my case, will no doubt feel a strong tug at the heart as they watch Eli’s final moments with his family.

This is one of the major contributions Ondi’s film has to offer. She is allowing us to look at the end of life from a completely different perspective than what has been shown on screen before. We see a decision made by someone to legally end their life and how the family supports him in his journey. It can be very sad and difficult to watch at times but it is also simultaneously beautiful to see the togetherness of all involved and to view Eli’s peaceful final moments.

Last Flight Home is a major contribution to the documentation of life and, more importantly, its end. Most states do not offer a similar law allowing for such a personal decision to be made. Thankfully we are given an incredible opportunity to learn about and watch it unfold with care and great beauty.

LAST FLIGHT HOME IS PLAYING AS PART OF DOCNYC. IT IS AVAILABLE TO BE STREAMED VIA THE FESTIVAL UNTIL NOVEMBER 27TH AT DOCNYC.NET. BEGINNING NOVEMBER 29TH, IT WILL BE AVAILABLE ON PARAMOUNT+. 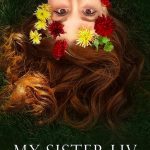 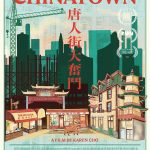