While watching Karen Cho’s new documentary Big Fight in Little Chinatown, I couldn’t help but think about how often we take for granted immigrant neighborhoods. Do we really take the time to venture into and experience these small communities? There’s an assumption that they’ve always been there and that they always will be. This may be, sadly, a misconception.

Cho’s film takes a deep look into the Chinatowns of New York City, Montreal, Vancouver B.C. and Toronto. What she finds are a people struggling to survive while remaining steadfast in the importance of their communities. Interviewing property and business owners, local residents, and community leaders, Cho offers an eye-opening account of how these settings have evolved over time. Sometimes using old photographs and films, but mostly using personal stories, Cho provides an intimate look at how immigrants settled in these areas, developed lives for themselves, and grew their families only to be faced with possible obsolescence. Interviewees note that while there are those who want to maintain their communities, there are others who used them as stepping stones for greater opportunities throughout North America.

The problem, it is speculated, is that these once prosperous business districts are losing their identities and being overrun by larger corporations trying to build condos, highways, and other business ventures. Many are being asked to sell what has been in their families for over a century. Cho uses some interesting computer graphics which illustrate the rise and fall of some of these communities. The dark monstrous buildings that box in and encroach upon them is disturbing to see. Worse yet, the pandemic hurt these businesses and ushered in an increase of anti-Chinese racism.

What are the people to do but fight these forces looming on the outside of their homes and businesses. Cho shows us many rallies and protests led by spirited leaders who work against the oppression they are facing. Many of the locals stand in defiance of the changes by holding on to their traditions through club work and Chinese heritage celebrations. In the end, she provides some much-needed hope thanks to the strong identities that do remain in each of these cities.

Cho could have pushed for greater calls to action among those outside these Chinese communities. But perhaps that isn’t her intent. By showing the strong bonds and continued efforts of the owners and residents, she demonstrates that the Chinese are a strong people that work hard and are perseverant. There are some great scenes in kitchens where staffs cook what looks like delicious Chinese dishes. While this isn’t a major portion of the film, it does remind us, on a most basic level, that we’d really be losing out on some great cuisine and culture if we let outsiders take over.

In many ways, Big Fight in Little Chinatown, is also a promotion for many of these small establishments as well as some of the business districts. It annoys me that I didn’t spend any time in Vancouver’s Chinatown during a visit this past summer. But less tourist destinations, these are people’s homes, and Cho does a great job of emphasizing that point. Let the fight continue.

BIG FIGHT IN LITTLE CHINATOWN HAD ITS WORLD PREMIERE AT THE DOCNYC FILM FESTIVAL ON NOVEMBER 11TH. THE FILM WILL BE AVAILABLE TO STREAM VIRTUALLY UNTIL NOVEMBER 27TH VIA THE FEST AT DOCNYC.NET. 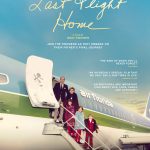 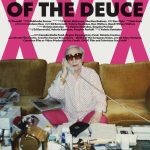