It’s wild that fan nostalgia has become such a commodity, such a concept for movie studios to bow down to, that Hocus Pocus, a movie from 1993 that had the structure of a made for Disney TV movie, has now been revived for a sequel. Yours truly is guilty of perpetrating that nostalgia. Truth be told, I watch Hocus Pocus with my wife every Halloween night, but in many respects it’s the kind of movie that wouldn’t need a sequel. The reason is because the original is fine without anything else added to it but since this gained steam after Gen-X-ers and Gen-Z’s started watching it on Freeform or talking about it on Twitter, we now have Hocus Pocus 2, premiering on Disney+. It’s a cheaper looking production, with undoubtedly entertaining skills of its lead trio of witches, and a plot that rehashes the original. The expectations should not be high because they never were high, but Hocus Pocus 2 is not memorable enough, nor exceeds the original to explain its bewitching existence.

The intro brings us back to old Salem, with sisters Winifred, Sarah, and Mary Sanderson were just teenagers, and the orange haired Winifred has turned 16. Winifred’s persistence to the old fashioned customs of Salem leads to the girls being cast out. It’s also when they discover the power of witchcraft from a mysterious Witch Mother (Hannah Waddingham in a brief appearance), introducing the magical book of spirits and with their sisterly bond they could become their own coven. This of course would eventually lead to the events of the first Hocus Pocus, but now 28-years later and the Sanderson sisters still have a place in Salem.

The new team of high school kids are Becca (Whitney Peak), Izzy (Belissa Escobedo), and Cassie (Lilia Buckingham), but with getting older the traditions of Halloween change. Boys are putting a wedge between the friendship, Cassie chooses to party, while Becca and Izzy stick to the Salem Halloween festival run by Cassie’s mayor dad (Tony Hale always showing up in these), and visit the magic shop of Gilbert (Sam Richardson). As you might expect, it’s when the girls receive a new mysterious candle from the magic store owner that their lighting of the candle leads to the revival of Winifred (Bette Midler), Sarah (Sarah Jessica Parker), and Mary (Kathy Najimy) and now the night turns into a race to stop the Sanderson sisters from wreaking havoc on Salem.

There are unfortunately more cons than pros in Hocus Pocus 2, but the pros do keep things moving smoother than I expected. One thing is for sure that Midler, Parker, and Najimy still have the chemistry and talent to put on a good show. There’s a mixture of original songs and a cover of Blondie’s “One Way or Another” that allow us to see that great theatrical energy from all three. The cons however exist in the standard problems that new revivals- such as Ghostbusters: Afterlife or Space Jam: A New Legacy all have. The story is a retread of the original, the visuals are often plastic, looking as if shot on sound stages in back lots of Hollywood, while the various jokes land on cringe more than funny. It’s obvious that the three Sanderson sisters are from a different universe and now everything seems out of place.

Writers Jen D’Angelo, David Kirschner, and Blake Harris are well aware that inviting us back to Salem is about celebrating the trio once more, but that’s also done in service of nostalgia, and not of an original story. The direction from Anne Fletcher is serviceable in the realm of straight to streaming movies and that ultimately becomes the main fracture in Hocus Pocus 2. A blatant and hideous co-sponsoring with Walgreens is the film’s funniest and most pathetic moment. Hocus Pocus 2 also finds a way to make the typically masterful work of Doug Jones- returning as zombie Billy Butcherson- seem obsolete to the amounts of plastic scenery that surrounds him. I wouldn’t call Hocus Pocus 2 a complete failure. It’s pleasing to see Midler, Parker, and Najimy give the ole’ song and dance. There’s just not enough of it to conjure up the right spells. 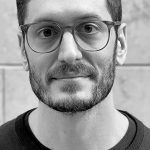 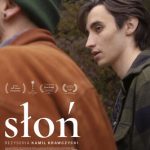