Elephant is the English translation for the Polish word “slon”. It’s a curious name for a film about a gay character living near the mountains in Southern Poland. Yet back in 2009, a Polish zoo was under fire for supposedly having a “gay” elephant. Was he really gay? He seemed to have problems with the females of the species and preferred to spend time with the guys. It’s an amusing yet somewhat troubling story that does in some ways echo what happens in the new film from writer/director Kamil Krawczycki, who based the story on some of his own experiences growing up in Poland.

There is no elephant per se in the film, except for a small figurine that serves as a symbol of the love that develops between Bartek, a horse farmer and Dawid, who returns to the small community after 15 years when his father dies. Clues are given that, according to Bartek’s mother, he had “done awful things.” The most we can gather though is that Dawid’s biggest crime was being gay, so he took off for more open-minded spaces. When the two meet, Bartek is plagued with family obligations: the farm, horses, his overprotective mother, and then the arrival of his pregnant single sister. Given her circumstances she comes across as the most liberal thinking which is important to Bartek’s journey as he is living in one of Poland’s LGBT-free zones. One can’t be openly gay in such an area and Bartek is taunted by the local homophobes.

Dawid represents something new to Bartek. He’s a breath of fresh air, having already lived well beyond the borders of this community. He’s blue-eyed, bearded, and sports one earring. Bartek is dark haired with chiseled facial features. Yet they bond, laugh, and fall for each other in some very natural ways, first as friends, then as lovers.

Elephant is the kind of film that could be set anywhere in rural America. What it expresses is universal: close-minded small towns and villages prove very difficult environments for gay men to live and work. Should Bartek leave with Dawid or stay with the family and tend to his obligations?

The tag line for the film touts it as Poland’s answer to Call Me By Your Name. I actually think the film more closely resembles elements of Brokeback Mountain and recent Oscar winner, The Power of the Dog. Both of these films are set in country sides which boast incredibly beautiful surroundings. (Having been to Southern Poland as well as the American west, I can attest to the awe-inspiring nature of the mountainous scenery.) Of course, both films also feature characters, in the form of family members and community people, who are far from supportive. In many ways, Jan Hrynkiewicz as Bartek looks like a more physically mature and less feminine version of the character Kodi Smit-McPhee played in The Power of the Dog who is initially taunted by Benedict Cumberbatch’s Phil Burbank. All of these films emphasize the difficulty of living as a gay man, and finding love, in a male dominant rural society. In that sense, the ideas within Elephant are easily relatable and yet another reminder that gay life outside of major cities can be an unwelcome struggle.

For a micro-budget film (it won an award at the Polish Film Festival for that category), Elephant explores world-wide issues that are handled sensitively and realistically. We have to thank Poland for opening up its own relatable gay characters to us. 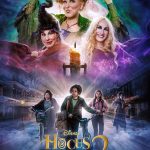 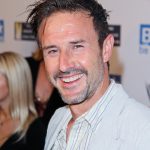