MOVIE: THE POWER OF THE DOG

The work of Jane Campion is incredibly professional, a genuine work of art, like a painting brought to life, or a novel adapted to perfect precision. That achievement is made with her newest film The Power of the Dog, a western of dark and dire proportions, rooted in the conflict of two brothers at odds with one another. The setting is 1925, in Montana, where the isolation of a ranch is equal to an island in the Bermuda triangle, far away from the rest of the world. With four fantastic performances, impeccable cinematography, and meticulous direction, The Power of the Dog is a calculated and conflicting mind game, where the dynamics of differing personalities clash out on the range.

I wavered a bit in my rating for The Power of the Dog, but it’s the good kind of wavering, where I loved nearly every moment, but I must see it again to give a more thorough assessment. There are minor details in the screenplay, written by Campion from Thomas Savage’s novel of the same name, that highlight the characters that will be missed at first. Benedict Cumberbatch is Phil Burbank, a cattle rancher, constantly with dirt on his face, and a stare that will burn a hole through anyone. His brother is George Burbank (Jesse Plemons), a much different personality, with a more clean cut look, and undoubtedly afraid of his brother’s rough demeanor. When herding their stock into town, the Burbank brothers stop at a small hotel and saloon, where George shows his interest in owner Rose Gordon (Kirsten Dunst), a widow that lives with her quiet son Peter (Kodi Smit-McPhee). When George marries Rose, they move into the ranch, making Phil a third wheel of sorts, with his anger and fear being taken out on all around him. The quiet ranch becomes a constant setting of tension and depressed rage.

At the core of The Power of the Dog is a rich study of various characters. Phil’s entire demeanor is based on fear and intensity. He succeeds in embarrassing his brother, calling him pretty, and making him look like a fool around the other ranch hands. He can fiercely castrate a bull, and commands a dinner table, like a king holding his court. It’s fascinating to see the dynamic change for anyone around Phil, where his brother has already been beaten down by his attitude, but soon Rose becomes lost in her new environment. She finds solace in the bottle, drinking when nobody is looking in back alleys, or when George is out on business. Unbeknownst to others, the pushing of personalities becomes between Phil and Peter, with Phil trying to teach Peter the ropes of being a cowboy. Laying under the surface is a dark curiosity of Peter, a person interested in the science of dissections, but also willing to fight the mental battle that Phil wants to engage in. They start as oil and water, but slowly become close, a somewhat father-like figure that Peter has been missing. Or is he just playing Phil in his own messed up game?

I like to call The Power of the Dog an impenetrable picture, with excellent performances from everyone, but especially Cumberbatch. His portrayal is cold, a scary person capable of anything, unruly to anyone who crosses him, and hiding his own secrets that give answers to why he’s angry. On top of that is the impeccable cinematography, capturing the gorgeous mountain ridges in the background, with the ranch isolated on the planes. Ari Wegner’s work is immaculate, filming the country similar to Terrence Malick’s Days of Heaven, where the world can look gorgeous in a variety of lights, but within the text is the complexity of people. The combination of Campion’s writing and direction is a masterful stroke of an artist with total control of her craft.

The major thing for The Power of the Dog was that I instantly wanted to watch it again. It’s not just a western of the shootout type, but a true study of men and few women isolated with little to do. There’s mud under the fingernails of this film. A raw structure that conjures up words like authentic and lived in. It also has one of the most shocking and messed up endings of 2021, a reveal so well done that it forced me to sit back in my seat with awe. That is the power of Jane Campion. That is The Power of the Dog.

THE POWER OF THE DOG WILL BE IN SELECT THEATERS NOVEMBER 19TH AND ON NETFLIX DECEMBER 1ST, 2021 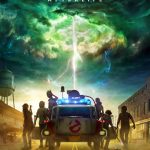 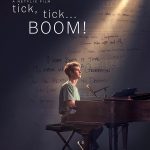