The battle within watching Ghostbusters: Afterlife is fighting against the never ending nostalgia. It’s a rotating machine, filled with memories and like Homer Simpson being force fed donuts in hell, it never stops, for worse and for better. It immediately starts poking and prodding at your pleasure senses, reminding us of the things that had us loving Ghostbusters back in 1984, and I must admit, I was beat up by the infectious nostalgia. Jason Reitman follows in his father’s footsteps, trying to honor what came before him, and I found myself to be interested in Afterlife’s childhood adventure. It involves a family that moves to their grandfather’s farm in Oklahoma, only to find that it was actually the secret location to one of the original Ghostbusters. With a cast of actors that are impossible to dislike, a simple premise that continues the themes of the original, an explosion of references to everything Ghostbusters, and direction that has plenty of spirit, I cannot deny that Ghostbusters: Afterlife twisted me in knots.

Written by Gil Kenan and Jason Reitman, a major reason why Afterlife works is Mckenna Grace. Here she plays Phoebe, an introverted science lover, living at home with her mother Callie (Carrie Coon), and brother Trevor (Finn Wolfhard). Financial troubles have put the family in the bind and when they are evicted from their home, the only place to go is their grandfather’s old farm left to them after his passing. They move to a small town of Summerville, with a classic diner, and a place where nothing ever happens. Trying to fit in, Phoebe befriends a kid who calls himself Podcast (Logan Kim), while Trevor hopes to get close to Lucky (Celeste O’Connor), a girl who works at the diner that has caught his attention. Meanwhile, their mom struggles to connect with the kids, taking out her frustration with her absent father on his dilapidated home, and looking to make a connection with the local science teacher Mr. Grooberson (Paul Rudd). What seemed like a chance to slow things down, turns into a whole lot of chaos, as weird earthquakes happen around town, and through Phoebe’s curiosity she opens up a ghost catcher, releasing a demon that triggers a series of ghost events from an old abandoned mine in town.

For many fans of the original two Ghostbusters movies, and those able to forgive it’s commercial stylings, Afterlife will be a blast. I for the most part enjoyed it, with a narrative in the vein of Star Wars: The Force Awakens, reviving the charm and likeable characteristics that had audiences longing for a return in the first place. What Afterlife is not going for is major laughs, unlike what Bill Murray, Dan Aykroyd, and Harold Ramis were able to do before, the humor this time around is more in the range of chuckles and cute quips. What does work, however, is the grand adventurous spirit of it all. This is Goonies meets Ghostbusters, where the new batch of teenagers have the energy and curiosity of Steven Spielberg’s E.T., while the plot itself fits in lockstep with the other Ghostbuster stories. An ancient being has been buried underground, gates of hell open, reminders of beasts such as Zuul arise, and the new version of Slimer- called Muncher- gives us the sense that yes, this is indeed the new direction for the Ghostbusters.

Buried underneath the rubble of tha nostalgia are the problems with what Afterlife is, which is a safe bet, a less than original production, with “hey, I remember that” moments around every corner. There’s also the commercial aspect, where Rudd’s character enters a Wal-Mart to get his ice cream and marshmallows, which turns into the reveal of the newest adorable character since baby Yoda- the stay-puft marshmallow minis. It’s because of this barrage of marketing attempts, including a script with lines such as “who you gonna call”, or “don’t cross the streams” that one can’t help but be angry, now that what the 1984 and 1989 installments provided, is now being turned into a massive bowl of “member berries”. Jason Reitman doesn’t so much as “honor” his father’s work, as much as he rides on the coattails of a safe, can’t-miss production for a financial win.

Those are the major conflicts of Ghostbusters: Afterlife, where the war of fan service is ultimately won by those that complained about the 2016 all-female team Ghostbusters. This is the movie that the fans have wanted and there will be plenty of big reveals, easter eggs, callbacks, and cameos that will fill the cup up. It’s not a win for originality and it may lead to more risk-free cinema, but if you’re looking for something that presses all of the feel good buttons, Ghostbusters: Afterlife is the movie to see. I didn’t mind it. I just miss the way movies were made in the past. I’m starting to feel like a ghost.

GHOSTBUSTERS: AFTERLIFE IS IN THEATERS THIS FRIDAY NOVEMBER 19TH, 2021 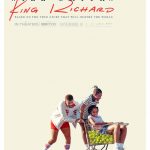 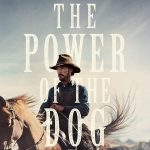 The Power of the DogReviews