The phrase “less is more” does not seem to work its way onto the sets of most superhero movies. That especially applies to the DC Cinematic universe, where the general consensus seems to be, shove seven-hundred pounds into a five pound bag. The newest installment, Black Adam embarks on a new venture, having one of Hollywood’s biggest names in Dwayne “The Rock” Johnson adorn the cape of DC’s powerful anti-hero, and hoping the result is a perfect match. Sadly the result is a matter of what I would call “so much”. So much CGI, so much exposition, so much stuff going on, and none of it handled with a light touch. There may be a better movie inside but everything on the surface of Black Adam is a dark and murky mess.

From the start Black Adam is about explaining things, telling us how five-thousand years ago in the Egyptian land of Kahndaq, the people were ruled by an evil king, enslaving them to find elements of Eternium which can give super powers. In his hopes to rise up for his people, we meet Teth-Adam (Dwayne Johnson), who fights with the power he has discovered, but becomes enslaved in a tomb for what was thought to be eternity. Fast-forward to now, where Kahndaq is still in a state of war and resistance fighter Adrianna (Sarah Shahi) and her precocious son Amon (Bodhi Sabongui) find a way to release Adam from his slumber. Now the god has returned but he is not who others think or want him to be, making him a threat to Amanda Waller (Viola Davis making a brief return from The Suicide Squad), and dispatching the Justice Society of America to control him.

That early exposition stuff is just in the first ten-minutes and after Adam has risen from his slumber, Black Adam makes a total shift into introducing the Justice Society, led by the winged hero Hawkman (Aldis Hodge), his noble knower of the future Doctor Fate (Pierce Brosnan), along with Cyclone (Quintessa Swindell), and Atom Smasher (Noah Centineo) a makeshift version of Ant-Man. Introduction to them is all strictly surface level, where we know what they do, now the CGI smashing and fighting can commence. And commence it does. One fight turns into another. Bad guys going after an ancient crown becomes a tug-of-war between Adam and his enemies, while the new group of heroes want to keep Adam under control before other people get hurt. A lot of it becomes repetitive and very little of it matters in terms of stakes.

One of the more depressing factors here is that Black Adam is directed by Jaume Collet-Serra, whose previous films included The Shallows, Non-Stop, and Orphan, all genre films that clearly had the voice of the director. Before this, he made Jungle Cruise with Johnson, now Black Adam, and neither movie makes an impact. They certainly could have been made by just about anybody. Nothing about Black Adam looks cinematic and the pacing with constant slow-motion (a practice that DC seems to love way too much) convinced me there wasn’t care into the filmmaking, but care into the product beyond the screen. A movie was projected, butts will be in the seats, money will be made, and who cares what is going on in the story.

The other equally depressing and disappointing part of Black Adam is that you can tell Dwayne Johnson is trying more than his previous films, attempting to establish a character that can have an impact in the superhero movie world, but that’s not this movie. It’s a terrible sign when the mid-credit teaser scene lands a bigger impact than anything else we saw prior to it. And trust me, you will be excited after the mid-credit scene, but like a Men in Black mind eraser, you will have forgotten about everything that came before. Black Adam isn’t the worst of the superhero genre by a long stretch and his establishment here will suffice for the future, but the only hope is that DC will discover that less would give us so much more for the sequel. 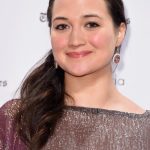