Jungle Cruise is a perfect example of how movies just don’t seem to know how to get out of their own way. The Disney film, based on the theme park ride, has two incredibly charming and charismatic leads, the right approach of making it an Indiana Jones-style adventure, and a director that typically entertains us in Jaume Collet-Serra. But instead of allowing those factors to be enough, Jungle Cruise fears that audiences can’t handle a minimal journey, instead flooding the screen with an obscene amount of CGI, in an overlong ride that will wear you down at the end. Like many Cruise vacations, Jungle Cruise will have you excited the first few days at sea, and then longing to quickly return to port.

The charming leads mentioned are Emily Blunt and Dwayne “The Rock” Johnson, which seem like an oddball pairing, but works perfectly in this instance, because the material is a mix of lighthearted fun and a glowing childlike imaginative adventure. It’s around 1916, where Blunt is Lily Houghton, a doctor of botany, and searcher for lost artifacts. She’s also a go-getter, unafraid to push back against the stuffy society of archaeologists that refuse to allow a woman into their clubs, and alters her approach by any means necessary to get what she wants. What she’s looking for this time is an ancient arrowhead, which will help her locate the “Tears of the Moon” petals, a legendary plant that can help heal the world with it’s magical medicinal properties. She sends her brother MacGregor (Jack Whitehall) as a diversion, while infiltrating the archives, and retrieves the arrowhead while fending off the evil Prince Joachim (Jesse Plemons) who has the same ideas as Lily. It’s a spectacular opening and then followed by our arrival to the Amazon jungle, where Lily hopes to find the mythical, and mystical moon petal.

It’s not new territory for Disney to attempt at turning a theme park ride into a fun movie escape, especially after the commercial success of The Pirates of the Caribbean. It’s more of the same, actually, with a screenplay by Michael Green, Glenn Ficarra, and John Requa, setting the tone early, where Blunt’s arrival to the jungle is met quickly by Frank Wolff (Dwayne Johnson), a river boat tour guide, who needs all the money he can get, and wiggling his way into being the lucky person to take Lily and her brother on a slow churning journey. He earns their trust, but it comes with the baggage of Frank’s own deceit and the nagging pursuit of Prince Joachim in a massive submarine to take out his only competition. Down the river they go, where they will encounter wild animals, big explosions, and start to build a connection while on the ride.

For the film styles in Jungle Cruise it’s hitting a lot of the beats on the head. The first half feels like the Disney adventures of old, such as Treasure Island or The Swiss Family Robinson. It’s certainly inspired by Indiana Jones and John Huston’s The African Queen, but to compare it to those films would mean Jungle Cruise would have texture. Sadly, Collet-Serra’s approach is a CGI explosion. When the tale of the Moon Petal inches closer to becoming a reality for our heroes, we learn about legendary conquistador’s of the past, but their addition to the story only complicates things. It’s that oversaturation of colors, constant look of green screen, where not a single shot looks set outside, and a dragging ending make Jungle Cruise more complicated than it ever had to be.

It’s ultimately just sad. The chemistry of Emily Blunt and Dwayne Johnson is more than worthy, setting us up for what should be a fun experience, with gorgeous scenery and outlandish stunts. We get that, but it comes at a cost where a big Hollywood movie thinks more is more, when Jungle Cruise needs to be less that will equal more. The makeup of the ship has the older parts, the charm, the spirit of what older adventures can be, but then it installs a souped up engine and it ruins all of the vintage touches. Jungle Cruise is not a sinking ship, but there’s a lot of water sitting in the bottom, holding this trip back from being a smooth cruise.

JUNGLE CRUISE IS IN THEATERS THIS WEEKEND FRIDAY JULY 30TH 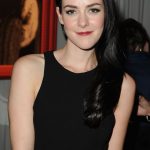 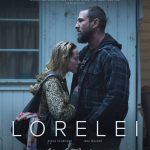