When we discover a movie like Lorelei, to some it may just be another story about blue collar people, members of communities that are impoverished, or characters trying to get back on their feet, but that doesn’t mean it has less of an impact. Director/writer Sabrina Doyle isn’t making a movie that should be forgotten, and isn’t telling a story that audiences should speed past, but a message of love, learning, and redemption. It helps to have two phenomenal actors in Pablo Schreiber and Jena Malone leading the charge, in a narrative about a man being released from prison and reconnecting with his ex-girlfriend who now has three kids of her own. This isn’t about one way of living or the other. Lorelei is about finding love, allowing oneself to be loved again, and what it means to be a good human. And it’s beautiful inside and out.

The opening shot sets the tone, where we meet Wayland (Schreiber) walking through the foggy gates of prison and greeted by his motorcycle gang friends. His time has been served for armed robbery, in which he took the fall for friends, but now he is slowly rising out of his ashes, approaching the unknown. His first night out is back on the bike, drinking beers with friends around the fire, but then he’s passing out at his halfway house at a church, helping where he’s needed. The church has a single mothers group meeting and to his surprise he catches a glimpse of Dolores (Malone), his ex-girlfriend from high-school. They chat, decide to go grab a drink, and there’s an instant connection rekindled. Although the two of them are living lives of struggle, the two of them will start to realize how much they need one another.

Working off the writing and directing of Sabrina Doyle, there’s a gorgeous blend of an independent drama and a well told story about people merging together in the hopes of survival. That all works because of the chemistry between Schreiber and Malone. Both deliver some of their best work yet, where the character of Weyland is struggling in the world of his biker buddies, luring him back into selling drugs for easy money, which becomes a hindrance to his growth with his job and his new family. Dolores is even more complicated. A woman working multiple jobs to provide for her three children, all of them from different fathers, with unique personalities or needs, and keeping a positive outlook of what a person can make of what they have. Without these two performances being as great as they are, Lorelei would be inauthentic, or a mundane drama. Instead, this is a walk in the shoes of other people, cracking our hearts open and touching our empathetic core.

The majority of the narrative progresses on the relationship of Weyland and Delores, but the growth comes from seeing how Weyland can relate to children that are not his own. The themes that exist in Lorelei range from redemption and lower-class struggle, but it’s ultimately about how families come together, and how we are all just surviving. The three children- all given names that are shades of blue- played by the darling Chancellor Perry, Parker Pascoe-Sheppard, and Amelia Borgerding- all have a sense of survival from the start. They’re not bad kids or being neglected. They are just pushing through and finding love in this newfound relationship that their mother has. The connection that Weyland makes with them is one of beauty, kindness, and emotionally impactful moments in Loreli that leave us with.

I was blindsided by Lorelei, a movie that has an authentic look in nearly every frame, with a set production of Delores’ home that reminds of a movie like Gone Baby Gone, and characters that have more authenticity than any frame in Hillbilly Elegy. The major problem I felt with Lorelei is the title, which does not reveal itself till the last few scenes, but isn’t an accurate title to capture the true themes of the film. Either way, it’s a strong first feature from Sabrina Doyle, with two fantastic performances by Schreiber and Malone, telling a story about characters with a genuine arc. There’s a beating heart within the spirit of Lorelei , where the characters start at one place, growing through the people they love, and helping the audience discover something about themselves as well. Lorelei is the genuine article, finding the magic that can be made when people become a happy family. 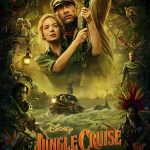 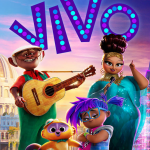