The resume for Rebecca Hall continues to grow, shifting and changing with new roles, new genres and new performances to gush about. And if the majority of this review ends up just being my praise for her then I would have done my job correctly. Her newest performance in Andrew Semans film Resurrection is arguably her greatest work yet, following her magnificent directorial debut in Passing, and launching off her stellar work in The Night House, but this time she grabs the material by the throat, delivering a performance that is groundbreaking. The narrative for Resurrection is about many things, from the pressures of being a single mother, the fear of the past, the impact that trauma can have on us at any time, and how we never truly escape it. Resurrection is a horror film in the mind, on display in the amazing performance from Hall, and awakening an endless tension for audiences to experience.

Hall is Margaret, a successful business woman, a single mother, and perfectly in control of herself. She has a co-worker that she sleeps with regularly, Peter (Michael Esper), in a no-strings, he’s cheating on his wife, and she enjoys the casual sex. Her daughter Abbie (Grace Kaufman) is soon to graduate high school, and the worries of her only child, venturing into the world on her own, are starting to get to her. Then one day at a conference she sees him. His name is David (Tim Roth), clearly a man from her past, a person that has harmed her, abused her, and left enough trauma to fill a bathtub. This sends Margaret running, but then seeks David out, or is he always following her? The question becomes if David is really there? A part of Margaret’s traumatized mind or has the past comeback to torture her once more?

As far as direction and writing go, Andrew Semans is working with what he has, which is an amazing actor, and willing to tell a story that confronts drama instead of letting it happen to his characters. The sharpest part is the writing, where the screenplay has been absorbed in Hall’s performance, allowing her to truly embody the lead character as well. From moment to moment, we see Margaret begin to plan, thinking about tracking David to kill him, and pushing her own fears onto Abbie. Her dreams become vivid, terrifying images of a dead child, but it all comes pouring out in a monologue that would win Hall the Oscar if there was any justice.

The third act of Resurrection is where things take a turn of wild and unpredictable proportions. It is a slow build to Margaret confronting David and for horror fans it does not disappoint. There are a few bits of details that feel missing from Resurrection and a bit of a onenote focus that makes the narrative at times feel repetitive. That of course is not without purpose, a way for Semans and Hall to create the full experience of this character’s mind, placing the audience in a position to feel uncomfortable from start to finish.

And in the end it is all about Rebecca Hall. After I finished viewing Resurrection, the comment I made to a friend was that I couldn’t take my eyes off of her, how her entire presence, and embodiment of this role is the definition of a groundbreaking performance. She’s taken her skills and abilities as an actor to another level. She can help fight giant monsters in Godzilla Vs. Kong one week and then scare us to death with Resurrection the next. Her performance this time is almost too good. The power of Rebecca Hall has risen to the top in Resurrection. 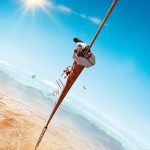 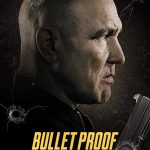