The fear that is created in The Night House reminded me of what David Fincher created in Gone Girl, where the reality of not knowing the person you are married to can be the scariest thing of all. David Bruckner’s film is a mind maze of terror, where a woman is grieving the loss of her husband, but after his suicide, mysterious occurrences start to surround her. Rebecca Hall stars in a horror film that pulls the tension tight and then proceeds to twist the audience in multiple directions. The Night House is the kind of horror movie that plays tricks on the mind, scaring us constantly with unpredictable occurrences in every room or hallway, freaking the audience out with both the seen and unseen things that go bump in the night.

That description might sound abstract, but that’s because The Night House is exactly that, an abstract horror film, with a setting of deep isolation, and rooted in the terror that can attach to us in our grief. Hall is playing Beth, who we meet after the tragic events of her husband Owen’s (Evan Jonigkeit) death. She’s broken and the reality of the situation is that Owen took a small row boat out to the middle of the lake, and took his life, leaving a note for Beth that stated, “you were right”. It’s ominous and the narrative that follows is a constantly shifting and blending reality, like a M.C. Escher painting, where Beth discovers dark secrets, in a home that starts playing tricks on her eyes. It could be her depression or sleepless nights at first, but then she finds out more about Owen, a life he had with other women, a second house in the woods, and a dark spirit lurking in the shadows.

One might think a movie like The Night House would be easy to make, where it’s not a typical 2021 horror movie, set up with gore or weird CGI creatures, but instead focused on the horror created in our minds. The problem with thinking that way, however, is that because The Night House is minimal in its approach, it makes it even harder to get right. Getting it down starts with the performance from Rebecca Hall. Her work here is once again stellar, playing a woman that is emotionally drained, and throwing caution to the wind at this point. After her husband is buried, Beth returns to work, with nothing to lose and ready to push back against the complaints of her students’ parents, because she’s already lost it all. Her friend Claire (Sarah Goldberg) tries to help her stay out of the mess, but the house begins to come alive, causing Beth to have weird dreams, and the deeper Beth digs, the more she discovers. She finds out Owen had photos of other women on his computer. And to make things weirder, a lot of the women look identical to Beth. Was this his type? A serial killer? The further the screenplay by Ben Collins and Luke Piotrowski opens up, the more terrifying The Night House becomes.

It’s certainly difficult to pin down a horror movie like The Night House too. It reminded me of Hereditary from the psychological side, where the theme of grief and loss can create the perfect character to follow, someone who’s own mental state is open to an entity to take them over. The other feel is that The Night House is a throwback to late 1970’s horror films such as The Amityville Horror, The Changeling, or Don’t Look Now, which all deal with couples or characters haunted by loss. And then there is everything else that surrounds Rebecca Hall, the house, the lake, the view overlooking a blood red sky, and the score by Ben Lovett, creating a moody aura and consistently setting the tone for a good scare.

One of the best signs about The Night House is that as soon as it ends, you will want to immediately watch David Bruckner’s film again. It’s not perfect by any stretch, where the ending left me with much more to be desired, but that may be why I need to see it again. Bruckner’s previous film The Ritual was also a well made warmup, with haunting creatures in the forest, and the deceptive terrors in the night. The difference this time around is that The Night House has another powerhouse performance from Rebecca Hall. She’s incredible in just about anything she does, but in The Night House it’s her show. You might not see a more pure and original horror movie in 2021 than The Night House. Just don’t get lost in all the terror because this is one house you do not want to stay at, day or night. 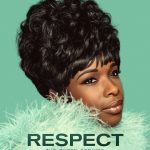 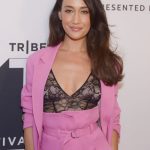