In a world filled with DTV action or streaming movies that barely find viewership, I take a bit of comfort to check out new stuff, allowing me to stay sharp for when the good stuff comes around. Bullet Proof is a standard title, with a no-nonsense plot, following a character known as “The Thief” (played by writer/director James Clayton), who has stolen a large bag of cash from a ruthless mob boss, and in his escape finds himself stuck with the pregnant wife of the head mobster. It’s all car chases and shootouts, little character development, and mundane action, making for an action movie that’s easy to poke holes in. Bullet Proof is hardly as impenetrable as its title might suggest.

One of the smarter factors that Clayton does from a directing standpoint is use quick editing to allow the action to move fast. Outside of that, the production is lacking in ingenuity, in set pieces with tension, and style that elevates the material. It begins in an auto junk yard where the henchmen of big boss Temple (Vinnie Jones) are set to execute one guy that has betrayed them. Out of nowhere arrives “The Thief”, swooping in and taking money, punching a few goons, surviving close calls from flying bullets, and stealing a car to get away. When he finally catches a moment to breathe, our hero hears some noises in the trunk, only to discover that Mia (Lina Lecompte), the pregnant wife of Temple has been stashed, and becomes extra cargo that he never wanted. The remainder of the plot turns the heat up, with Temple and his group of hired henchmen hell-bent on getting back the money, Temple’s woman, and his unborn child.

There should be a bit of praise for James Clayton, as he plays the lead character, wrote the story- along with the screenplay by Cooper Bibaud and Danny Mac- and directs with enough energy to keep the narrative moving. Some chase sequences have a bit of style, but outside of that, what remains is a movie that lacks everywhere else. The chemistry between Clayton and Lecompte is ice cold, like two people forced to be together, and the only time any energy arrives is when Vinnie Jones shows up with his always hulking presence. Sadly, the dialogue wastes any bravado that Jones could bring, as his moments are brief, and quickly end with fistacuffs.

It’s not that there isn’t some sense of excitement from Bullet Proof. One thing that cannot be claimed is that it is boring. It’s always moving, with various henchmen getting their moments to go toe-to-toe, including a mysterious assassin named The Frenchman (Janvier Katabarwa), who walks slowly, and seems unbeatable. The major overshadowing problem is that Clayton understands how to set up a John Wick style moment and then take the air out of the opportunity. The car chases end too quickly, the combat scenes are cut quickly, not allowing his actors to show any skill, and the dialogue lacks a sharper attitude to make it fun. Part of me wished the style of Bullet Train was injected into this instead.

By the end there are just technical problems all around that take you out instantly, with stiff performances, a lack of charm to any character for us to relate with, Mia’s fake baby bump which appears, disappears, then reappears, and on and on. It’s not to say that James Clayton isn’t capable of something better. It’s just a bad sign when the poster has Vinnie Jones on the cover and he’s barely in the movie for more than 10-minutes. I’d like to say you could handle watching Bullet Proof but there’s much better options out there and no movie is ever able to withstand the power of the film critic. I’d say this movie is far from being Bullet Proof.

Bullet Proof is playing in select theaters and  available On Demand this weekend, August 19th. 2022 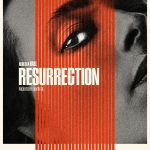 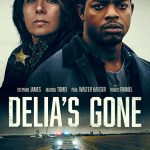