Arriving at the station is Bullet Train, a hybrid of action, comedy, and an attempt at character rich thrills from director David Leitch (Atomic Blonde). Or at least that’s what it is going for. It stars Brad Pitt- which is a good start- playing a bag man that’s trying to change his way of living, chatting on the phone with his handler (Sandra Bullock in a voice only role) about his therapy sessions, and refusing to pick up a gun, even though he knows he’s working in a dangerous profession. This job is a simple set up to get a briefcase of cash and drop it at the next stop, but what we get is an assortment of villainous people on the bullet train from Tokyo, where once things start moving, it’s a recipe for bad stuff going down. All of those ingredients typically result in something great- and Bullet Train does have moments- but when we arrive at the final stop this train is not exactly running on time.

The codename for Pitt’s character is Ladybug, a cutesy name and symbol of luck, but he is anything but lucky. The goal is to catch the Bullet Train, find a briefcase on the ride, and return it to his handler. That’s easier said than done, as there is a reason why the briefcase is on the train in the first place. What’s behind it are various, but clunky events, putting characters on the path, including a pair of bickering assassins named Tangerine (Aaron Taylor-Johnson) and Lemon (Brian Tyree Henry), transporting the briefcase and the son (Logan Lerman) of someone called the White Death. We also meet a seemingly innocent woman named Prince (Joey King), an angry killer called Wolf (Bad Bunny), and a desperate man named Kimura (Andrew Koji), whose son was put into a coma by one of the suspects on the train. Oh and there’s also a poisonous snake loose as well. There’s a lot going on, but the goal is to get to the final stop, or at least survive any way possible.

Based on the book by Kotaro Isaka, the screenplay is written by Zak Olkewicz, and it’s going for the tongue and cheek style of action. From an aesthetic standpoint, Bullet Train has a lot of cool things going for it. The interior has a unique look, with animated colors on the seats, each character having their own unique costume design that helps define them, and tension building in tight quarters. Yet, I still never fully jived with the narrative. It’s obvious that director David Leitch is going for a sharp kind of production, similar to what Quentin Tarantino did with The Hateful Eight or recently what we saw from Bad Times at the El Royale, but Bullet Train never approaches the excellence of either of those films. It’s within those problems that makes Bullet Train so frustrating as minute to minute there’s potential and it’s only in spurts when it hits.

The one thing that does hit is the performance from Brad Pitt, as he’s doing something different from a majority of his films, playing a character that is both funny, cool, and accidentally failing upwards. It’s no doubt that Pitt is drawing from Leitch’s previous lead in Deadpool 2’s Ryan Reynolds, but he’s also mixing in a bit of Jackie Chan with Buster Keaton, as a man who is an agent of fate. He’s stabbed with a knife but it hits his cell phone. He’s bitten by the snake but is lucky to get anti-venom injected into him before it happens. All of these moments add up, where his luck is sure to run out, but the rules of life are thrown out the window in Bullet Train and it’s the unpredictability that I really gravitated to.

Even while writing my review I continue to waver back and forth on Bullet Train. The fight sequences left me wanting more, the humor had me laughing, and the runtime was too long in the end. It’s possible there is just too much going on here and Leitch is too occupied with making something cool and zippy and loses the thread along the way. There’s a great assortment of cameos, including one that nearly saves the day, and on top of all that the violence is a welcome change from the bland action we saw in The Gray Man last week. Still, with all of those highs and lows, Bullet Train is not always on the right track. I like this carefree Brad Pitt and I recommend it strictly because of his presence. You don’t have to run to catch this train but you might want to catch it eventually. 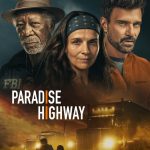 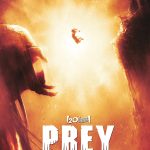