One of the best action movies of 2022 will be on Hulu this weekend. And it’s not just a good movie that happens to be only on streaming, it also features some of the best cinematography as well, something that seeing on the big screen would deliver a powerful pop. We won’t get to see that though, because for some reason movies don’t get a chance anymore and with the recent news about Batgirl being completely dropped by Warner Brothers, the state of current cinema is hurting. Part of me understands that people don’t know what to do anymore and recent trends of movies such as Terminator: Dark Fate or Shane Black’s Predator not performing are factored into this decision, but Dan Trachtenberg has crafted a fantastic prequel in the Predator series. Prey is a glorious combination of fight, flight, and human survival, where the hunter becomes the hunted, and the monster known as the Predator ferociously gnashes his mandibles once again.

It takes place 300 years ago, in a time before civilization existed, where we meet the Comanche Nation. The leader of the tribe is Taabe (Dakota Beavers) and his sister Naru (Amber Midthunder) feels she is ready to take the next step of being a hunter of the tribe. That of course is not viewed as an easy transition, as the tribe has their women stay home, cooking, healing, and caring for the young, while the hunters find food. What no man or woman could predict is the flash of light that appears in the sky, a blast of some sort, briefly moving in the clouds, but as Naru is dismissed in her mad hunter skills, she is also brushed aside by her fellow tribesmen of this anomaly. That is until someone, an animal, or something worse starts ripping anything that moves apart. Deer, buffalo, and man, all torn to shreds, but only Naru stands between the monster and survival.

There are many factors about Prey that deserve high praise and that especially comes during a time where outdoor settings, genuine special effects, and real physical stunts are a revelation. Prey has all of that and director Dan Trachtenberg realizes those things are needed for a Predator movie to work. He also has a bonafide instant star in Amber Midthunder, playing a character that is not the same as to who Arnold Schwarzenegger was in John McTiernan’s 1987 classic, but creates her own memorable character. She’s crafty and savvy in a moment of attack, a skilled wizard with an ax, and not afraid to lay in the mud for cover. As it slowly builds to the Predator being revealed, Trachtenberg generates great thrills, with high tension building when the monster hunts, with members of the tribe disappearing with a slash, and eventually shocking us with revelations of chopped up carcasses that would make a butcher blush. All of that awesome power of the Predator is up against the kick ass talent that is Amber Midthunder.

What I also loved about Prey is how much it is about knowing your surroundings. There’s a great authenticity and emphasis on the process of tracking something you hunt and the forest that surrounds these living things. The trees are towering and cinematographer Jeff Cutter uses all of nature’s glory to capture Naru in her survival. We move through powerful rivers, see floating ash swirl around, and the visual use of color is a high point in movies this year. We see mud, neon green blood, fire red flames, and a lot of light in the darkness. Visually Prey is a reminder of films such as The Revenant, Apocalypse Now, or Dances With Wolves.

For all that I have already spoken about it’s not to short change the actual Predator monster. This is a visually stripped down version, still with high tech cloaking ability, razor sharp weapons, and stalking its prey with the three red dots aimed to strike. If I have one gripe about Prey is that I want to see it again, on a bigger screen, and without my watermarked email address across the screen, because I felt like my experience was short changed. Either way, Prey is one of the best movies of 2022, and something that you should seek out, no, you should hunt it down the minute you get the chance. 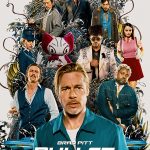 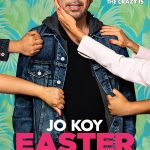