MOVIE: WHERE THE CRAWDADS SING

One of the obscure things about Where the Crawdads Sing is that it goes halfway in on every theme. It’s a bit of a romance, a bit of a true-crime-courtroom drama, and also a fish-out-of-water type of story. And what’s worse is that none of them work. Director Olivia Newman has gathered a unique cast of actors, banking on using lesser known talent, hoping to create a more authentic adaptation of the famous novel from Delia Owens. I would say the effort is noble but sadly there’s a lack of energy, a lack of genuine tension, in a story that becomes stuck in the mud. Where the Crawdads Sing is a melody that falls flat into the marsh.

Above all the attempts at various themes, the biggest problem with this story is a lack of energy, or a single joy to grab onto. The story begins in 1969 with Kya Clark (Daisy Edgar-Jones from Fresh), the youngest of four, living deep into the Southern marshlands of North Carolina, and isolated from the rest of the modern world. When the body of Chase Andrews (Harris Dickinson) is found at the bank of a river, the only suspect is Kya, who already has a negative reputation within the town as she’s called “marsh girl”, and has been treading water since birth. We see her rough upbringing, with her abusive alcoholic father (Garret Dillahunt), which forces her mother and three other siblings to leave, abandoning Kya to a life of loneliness and isolation. Her one connection in life was the handsome Tate Walker (Taylor John Smith), her true love that leaves her behind for university, breaking her heart and driving her into the arms of the aggressive Chase. The narrative bounces between Kya’s trial and what brought her to this predicament, telling a languid story of romance and tragedy, in a story with little to offer.

At first glance I thought Where the Crawdads Sing would be in the vein of Nicholas Sparks romance movies, where the settings of Southern life, and steamy romances sit against golden sunsets. Visually it’s close, but narratively it couldn’t be further from movies like The Notebook or Dear John. What the adaptation from Lucy Alibar seems to be doing instead is splitting it between those Sparks novels and true crime mush. Oddly enough it is the courtroom drama that works more, strictly because the only memorable performance is from David Strathairn as Kya’s nobel legal council. It’s more than possible that this is a case of the novel being better than the movie but the question remains as to where the draw would be? The cast of characters as a whole are impossible to care for, where the two male leads are lifeless Ken Dolls without the style, and Edgar-Jones is saddled with being mute and reclusive. By the third act the biggest purpose is finding out who killed Chase and by the law of characters the options are clear.

For the direction by Olivia Newman, it’s not that Where the Crawdads Sing is incompetent, as the production and look is often tactile. As far as narrative similarities. it reminded me of Michael Apted’s Nell or the aforementioned romance The Notebook. The problems, however, lie deep within the story, which is never romantic enough, or thrilling to even care about. There could be more, especially when you have the interestingly mysterious Daisy Edgar-Jones, who seems to be slowly establishing herself as an actress. Sadly, any effort she is making is all wasted here, floating along in a movie that fails to raise any interests for the audience. Where the Crawdads Sing is not a movie one can appreciate. It’s all just a murky mess.

WHERE THE CRAWDADS SING IS PLAYING IN THEATERS FRIDAY JULY 15TH, 2022 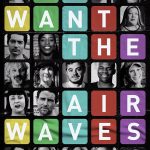 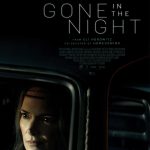