MOVIE: GONE IN THE NIGHT

There is something about the sheer unpredictable nature of Gone in the Night that had me hooked. This was the directorial debut from Eli Horowitz, who wisely has blessed us with the presence of Winona Ryder, who plays an aimless woman, looking for a relaxing getaway with her boyfriend, which takes a turn that creates a mysterious and wildly entertaining result. It’s not a perfect film by any stretch, which I can get to later, but what I was reminded of was the unique type of screwball movies we might see in the 1980’s or 90’s. Gone in the Night charges forward, equipped with the unpredictability of a M. Night Shyamalan film, while ushering in one more memorable performance from Winona Ryder. Gone in the Night is a bit scary, bewildering from beginning to end, but headed in a direction that the audience won’t be able to quit.

It starts on the road, as Kath (Ryder) and boyfriend Max (John Gallagher Jr.) discuss what music to listen to, and express the excitement of getting away to a cabin for the weekend. When they arrive, much to their frustration, there is another couple already there- Greta (Brianne Tju) and Al (Owen Teague)- as the cabin has been double booked. No worries, the couples will just share the one night together, play some board games and make it work before Kath and Max go home in the morning. But when Kath wakes up she finds Max and Greta gone, with Al stating that the two of them took off together. It’s odd and has left Kath a bit broken, perplexed, and unable to let go her curiosity of what happened to Max. It can’t be as simple as he fell in love with someone else and from there the narrative of Gone in the Night bounces between the past, present, and the future that brought us to this moment.

The narrative structure of Gone in the Night is an inventive way, pausing at moments and filling in the gaps of what happened by jumping forwards and backwards in the story. Written by Horowitz and co-writer Matthew Derby, there is a slow and methodical approach to the mystery, and none of the characters are truly who they say they are. What it also achieves is the sense of curiosity, where Kath can’t let go of her suspicion that Max wasn’t the type to just leave with another woman. He may have been on separate pages in life with Kath, but this moment of his disappearance gnaws in the back of her brain, and when she scratches that itch she walks closer to what has really happened.

It’s in the third act where Ryder’s character opens herself up more, as she calls the owner of the cabin- played by a shaggy haired Dermot Mulroney- she finds a person that can listen to her issues and also goes along with her to follow clues for Max’s location. It’s in the third act where the bouncing back and forth becomes a bit tiresome, as the time spent with these characters feels like interruptions to the story’s momentum. Either way, there’s still a twist at the end that is both odd and a bit shocking. It might be where I am at with movies these days where an ending can be as clunky as the one in Gone in the Night and I still give it credit for taking more risks than the status quo.

Gone in the Night is along the lines of a movie like Tusk or Glass, where you will hear from viewers that hate the ending. I am not one of those viewers. I feel like it earns it with a strong arch for Ryder’s character. The final factor is that it’s just delightful to see Winona Ryder carrying a movie once again. Her career revival from Stranger Things was a nice reminder but now it’s time for her to be offered more opportunities. Thankfully it starts here in Gone in the Night. It’s also an impressive first feature from Eli Horowitz and when it’s a movie that has flaws as this has, it’s safe to say that his future work will be something to look out for. For now, Gone in the Night will be a welcome mystery and I don’t want movies like this to disappear.

GONE IN THE NIGHT IS PLAYING IN SELECT THEATERS FRIDAY JULY 15TH, 2022 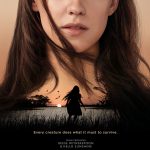 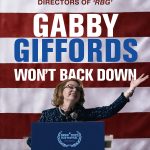