MOVIE: GABBY GIFFORDS WON’T BACK DOWN

The bullet that struck Gabrielle Giffords, entered at the front of her head, and exited at the top of her skull. She was pronounced dead at one point by most major news sources and the fact that she’s still here is proof that she’s stronger than you and I. Documentary filmmakers Julie Cohen and Betsy West at this point have already made films about strong women- Ruth Bader Ginsburg in RBG, Julia about Julia Child, My Name is Pauli Murray (arguably their best of the bunch) about the scholar and civil rights champion, and now Gabby Giffords can be added to that impeccable list. In Gabby Giffords Won’t Back Down, it’s not so much about learning deeper details about who the former Arizona congresswomen is, but just witnessing the unstoppable powerful strength of a person who wouldn’t let a world of gun violence defeat her. Gabby Giffords doesn’t back down. She stands taller than any of us.

The date was January 8th, 2011, when Giffords was campaigning at a Safeway grocery store, hoping to talk with constituents, and earn votes of the people for Arizona’s 8th congressional district. And then a mad man with a gun walked up to her and shot her at point blank range, and proceeded to kill six others and wound twelve more. Her entire life was altered, with her right side partially paralyzed, her speech and communication changed forever, and her career in politics was put to an end. And here we are, nearly eleven years after this tragedy, and moments like this are as American as apple pie. But what Cohen and West are able to show is the powerful spirit of a singular person, living in a world that loves guns more than human lives.

One of the unique factors in Won’t Back Down is the footage that Cohen and West have obtained from husband (and current Arizona Senator) Mark Kelly, with video footage of Gabby in her struggle to come back. Music therapy. Speech therapy. A constant stream of doctors working with her, hoping to bring back that Gabby Giffords spirit. Without it, the narrative may have felt like a fluffier piece, attempting to capture the lighter side instead of portraying a gloomier world, but when those personal moments are revealed we can see the ugly part of it. It may be too difficult for some to consume but at this moment it feels like required viewing. There’s a hope that along with this footage and the spliced in visuals of mass shooting after mass shooting, maybe one more person, or voter might believe that guns are the problem.

The softer side of the story is the relationship between Giffords and Kelly. Their romance is one for the ages. She was a dedicated and passionate politician and he was an astronaut; And after his retirement, he picked up the baton, becoming the senator for Arizona, and always by Gabby’s side. Although that story is sweet, the major problem is how little Cohen and West dig into the psychology of it all. A moment like this not only takes a toll on the victim, but also those around her, and although there are brief interviews with Kelly’s daughters from his first wife, the documentary could have greatly benefited from digging deeper into how this shooting has impacted all of those connected.

But for Julie Cohen and Betsy West to make another good documentary it is practically down to a science. Each documentary allows the audience to see a new side of their subjects, unafraid to relate it with the world’s current problems, and reveal a person with great power. That’s who Gabrielle Giffords is. She’s the poster child for our current state of living, where the fight to end gun violence has become an impossible monster to topple, after the evidence is there in front of us, but it seems going on is our lives is the only option. We’re stuck in a world where guns are protected more than women’s bodies. But if I’ve learned one thing from Gabby Giffords Won’t Back Down, it’s that we should all do things the Gabby Giffords way. No, she won’t back down, and neither should you.

GABBY GIFFORDS WON’T BACK DOWN IS PLAYING IN SELECT THEATERS JULY 15TH, 2022 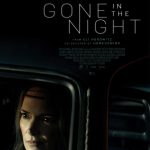 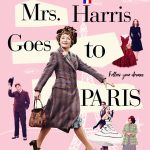