A movie like Fresh needs to be something you can stomach. The subject matter is of an acquired taste and yes, all of these delectable puns are being used because, well, Mimi Cave’s directorial debut is about a guy who harvests women’s bodies for their flesh to be eaten by people. Giving away that detail might be a spoiler, but without it you would think Fresh is just a new romantic drama, about a lonely woman falling in love with a mysterious guy. Instead, Fresh is a twisted slice of horror, where a younger woman in her 30’s thinks she’s found the man of her dreams, and instead finds someone who takes after Hannibal Lecter. Fresh is a wildly disturbed new production, leaving a memorable imprint on our eyes and mind, with a dark twist on what I would deem the black romantic horror comedy.

The first thirty minutes are the setup- in a fascinating fashion, the title card does not arrive till the thirty minute mark- introducing us to Noa (Daisy Edgar-Jones), sitting in her car, and swiping through the remedial concoction of men that exist on a dating app. She’s about to go on a date with a guy named Chad, but first talks on the phone with her best friend Mollie (Jojo T. Gibbs), dreading the date for chinese food, where she’s been reminded that he’s not paying for the meal because “it’s cash only”. The night is an epic failure and as friends do, Noa and Mollie commiserate over the awfulness of dating in general, hoping that one day they will both be able to find that spark of love. Unexpectedly, Noa has a meet-cute moment at the grocery store with Steve (Sebastian Stan), he gives her a cheesy line, but he’s charming, and she gives him her number. A week later they’re having drinks and sleeping together. A week after that, he wants to take her away on a trip, but first they stop at his place, and then Noa is drugged, waking up chained to a pole, where Steve reveals he’s got a messed up hobby. Now Noa has become his 100 pounds of flesh to sell.

As far as subject matter goes, Fresh is not going to be for everyone, in fact, I don’t know how easy it will be to sell you on this one, but it does have a unique story that I could not forget. The reason it all works is an artistic mixture of style by writer Lauryn Kahn, director Mimi Cave, and the two lead performances. Khan’s dialogue is sharp, often sly and seductive, but a kind of earnest approach to romance that reels you in. The direction from Cave is her own, adding a dash of techno and catchy 1980’s music to offset the horrific nature of a moment. The editing and sets alone add to the film’s style, where the prison house has a comparable style to what we see in Swallow, Parasite, or in David Fincher’s Girl With the Dragon Tattoo. The movies that obviously inspired Fresh range from the likes of American Psycho, Silence of the Lambs, and the dark disturbing prom night horror in The Loved Ones.

The second part of Fresh that’s working is the performances from Stan and Edgar-Jones. The supporting cast of Jojo T. Gibbs and Charlotte Le Bon are both good, playing polar opposites of one another on depictions of women. In the middle is Edgar-Jones, early delivering the tougher stuff, where she’s a bit delirious to her situations, and never showing her characters cards too early. The high mark, however, is Sebastian Stan, playing his character as cold, manipulative, and downright terrifying. It’s arguably his best work in a movie yet, where his performance as Steve is cold, emotionless like a Victor Frankenstein of cooking flesh, and able to disassociate himself from his inhumane acts, similar to what we see out of the parents in Get Out. Stan oozes with his good looks and charm, making his wicked character even more of a disturbing persona.

Where Fresh falters is in its lack of tightening, where a few scenes feel repetitive in the third act, and in the climax it feels like the writing could have portrayed a more conclusive finale. Either way, it’s the subtext and themes of Fresh that made me appreciate it more long after. This is a modern day feminism tale of women being manipulated by men, harvested for their bodies, and forced to fight their way out. It also highlights how behind every sick sadistic man, there is an equally abused woman, helping their husband, in denial of his awfulness, and letting him get away with his vile behavior. It’s American Psycho without the vanity, it reminded me of Swallow without the self inflicted cries for help, but also highlights the unwavering power of women to survive together. Fresh is a ripe new kind of flavor and it has just the right seasoning.

FRESH IS PLAYING THIS FRIDAY FEBRUARY 4TH, 2022 ON HULU. 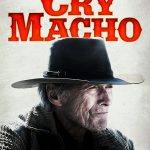 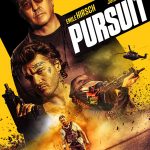