I don’t want to give any movie zero stars. I don’t want to hate movies or take the time to rip them apart. I took the time to watch director Brian Skiba’s action movie- Pursuit and I like to keep a wide range of reviews for my readers to see what options are out there. And here I am writing this and I’m incredibly frustrated, especially because Pursuit doesn’t deserve the energy I give, but also because the problems with it are the results of sheer laziness. In some regards, Pursuit makes the typical Bruce Willis junk look like masterpieces in creativity. At least those films try to make the most out of what they’re working with, whereas this movie has nothing and produces nothing. The sets are embarrassing, the acting is lazy, the plot is derivative, and for everyone involved in Pursuit it would have been better if they all decided to go home. I don’t understand what anyone gains from a movie like this other than embarrassment.

The narrative opens with Rick Calloway- played by Emile Hirsch- sporting a fake face tattoo that will instantly make you laugh, and looking at a computer with tech from the early-1990’s. He’s watching a video of what we can assume is his wife being held hostage and he’s communicating with someone he can bargain with to get her back. While he’s on the hunt of his wife’s captures, he’s also being followed by detective Breslin (Jake Manley), but in the process of trying to get Calloway, the cartel that has kidnapped his wife becomes the new enemy of the FBI. This leads to all the sides shooting it out and when Calloway escapes, the FBI is now pursuing everyone involved in this fight.

As far as lower budget and DTV movies go, Pursuit is undoubtedly the laziest, not just because the plot is a casserole of typical cops & robbers jargon, but because the sets and acting are awful as well. There’s a scene where detective Breslin, now paired up with local agent Carter (Elizabeth Faith Ludlow), is set to meet with Calloway at a nightclub. Only problem is that it’s obviously the top floor of a parking garage and the club is only the entrance where someone would pay their parking ticket. There’s a bouncer, some strobe lights, and two or three people standing outside, and it’s pitiful looking, to the point that it’s worth an uproarious laugh. The acting on top of that is equally awful, with wooden dialogue delivery, characters that seem surprised that a camera is on them, and I couldn’t believe I was watching it.

The other big name attached to Pursuit is John Cusack, playing Jack Calloway, the distant crime boss, and sleepwalking through his performance. His character is subjected to just walking around his mansion, speaking to his henchmen, and making threats over the phone. The work from the High Fidelity actor is not his worst, he seems to be trying more than others, but as a whole Pursuit can only drag down any credit built up from classics like Say Anything or Grosse Pointe Blank.

Pursuit has a climactic ending that is both predictable and impossible to care about. Every character is barely breathing, a shell of stereotypes, and space fillers. The peak moment in Pursuit is a scene where one of Cusack’s goons attacks an FBI agent in a motel room. He throws a grenade into an open door, followed by a bad CGI explosion, then cuts to a scene of the guy walking away from the blaze, only to notice that the door has somehow been mysteriously closed. It’s about as bad as it gets with Pursuit. Admittedly, I have even spent too much time talking about this mess. Don’t bother seeking it out.

PURSUIT IS NOW AVAILABLE ON VOD AND ALL ON DEMAND OUTLETS 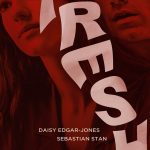 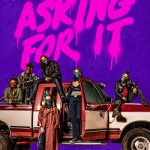