Get used to seeing movies with the tag-line “from director Jordan Peele”. If you are wondering if Get Out is directed by THAT Jordan Peele, then you are correct. The same comedian/actor from the skit Comedy Central duo Key & Peele, turns out to be a pretty excellent director as well. His first feature film is a fantastic surprise, that mixes humor, social commentary on race in America, and creeps you out, in one of the early and bright surprises of 2017. Get Out is a smart, quite funny, and startling picture, you just have to see it.

The plot is easy enough, Chris (Daniel Kaluuya) and Rose (Allison Williams) have been dating for 5 months and the time has come for the cuddling pair to meet her family. Being an interracial couple, the question comes up if her parents (played perfectly by Catherine Keener & Bradley Whitford) are okay with their daughter dating a black man. Rose assures Chris that he has nothing to worry about. “Trust me, my father would have voted for Barack Obama for a third term if he could have.” Little does Chris know that there’s a lot more going on with this family then he ever would have thought.

When they arrive, they have cordial welcomes and ask questions about life, getting to know each other, but there is an unsettling nature to this visit. The all-black staff that helps around their mansion are cold, almost like The Stepford Wives robots, with stiff staring eyes. It also happens to be a weekend where Rose’s father Dean (Whitford) is having guests over to celebrate his late grandfathers birthday. This is where Get Out does an amazing job, making stabbing, poignant comments about the awful, racist, lenses that white people can have of a black man. During the party, each guest makes typical stereotype comments to Chris such as, “Tiger Woods is the greatest golfer” and an older, thirsty woman asks “is it true what they say about black men in the bedroom?” In most movies where it would feel offensive or make audiences feel uncomfortable, Get Out is honest and cuts like a dagger.

I won’t get into where the rest of the plot travels, because to ruin anything in Get Out is just wrong. The praise however, certainly belongs to Peele, who directed and wrote the script. It is not just creepy, but it finds a groove of unique honesty, about racial divides and how it can create an uneasy feeling for both parties involved. It is also the ushering in of a bright new star in actor Daniel Kaluuya. His strong work is in his mannerisms, his facial expressions and he is surrounded by a fantastic collection of actors, but he holds his own. The cast is another plus on Peele’s directing report card. To think, he handed his first script to veteran actors Catherine Keener, Bradley Whitford, Allison Williams, and the scene stealing LilRel Howery, and was given the green light. It says so much about Peele and makes him a must see director in the future.

Get Out is the kind of movie you go into cold. The less you know, the better. I honestly knew nothing about it and it happily reminded me of other films such as, John Carpenter’s They Live or the often hilarious Cabin in the Woods. It’s the perfect mixture of a thriller that keeps you guessing and laughs that ease any tension. This is a movie that you must “Get Out” and see. 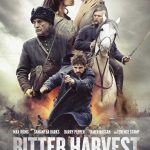 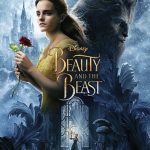