The stylish choice of using black & white for the cinematography of a film can be hit or miss. Greatness has been on display in Roma or recently in Passing, where the use of light is exquisite, a choice with a true purpose. Other times it’s entirely unnecessary, such as Malcolm & Marie or even Mank, where the selection does nothing for the story, and is also detrimental to what we’re seeing on screen. For writer/director Mark O’Brien, The Righteous, his directorial debut, is shot entirely in black & white, which is not just the perfect choice, it’s the only way I would have wanted to see his enthralling work. It’s a true independent throwback, with only three characters, an isolated location, and uncomfortable tension. The Righteous is a tightly wound horror film, testing the audience to see a battle of good vs. evil, in this spectacular film from Mark O’Brien.

For the plot it involves an older married couple, Fredric (Henry Czerny) and Ethel Mason (Mimi Kuzyk), living in an isolated home, and mourning the recent loss of their daughter. In Fredric’s case, he used to be a priest, leaving the clergy to marry, but now struggling with the confines of what it means to believe in God after his daughter’s painful passing. One night, he hears a screaming voice outside, and when he walks onto his porch he discovers a man laying on the ground. At first Fredric is cautious to help, but with small persuasion the man enters his home, stating that his name is Aaron Smith (Mark O’Brien doing it all), and describing a cockamammy story as to why he was there. Everything is suspicious, but soon it seems that Fredric views his arrival as a sign, possibly an answer to his prayers, and before we know it he’s comfy with Ethel as well. What begins to evolve is a dance with the devil, a temptation, or something entirely different in nature.

From the get go director Mark O’Brien isn’t afraid to show his skill, where the house is gorgeously lit at night, or using the light to beam into the church where Fredric sits. But it’s the entire tone and dialogue that makes The Righteous a true hand wringer. It has the visuals of Ingmar Bergman’s Hour of the Wolf, with a plotline similar to the 1941 classic The Devil & Daniel Webster, and a trio of performances that merge it all together. It’s a chess match of performance between Henry Czerny and O’Brien, each one escalating and dampening the conversation in a natural way, keeping the audience questioning how this will all turn out up to the very last frame.

To compare The Righteous to a recent film, I would say it closely resembles Yorgos Lanthimos’ The Killing of a Sacred Deer, an equal film where a father is challenged by an entity. What it definitely does succeed at is being a great film about theology, the existence of God & the devil, the temptations a person runs into and how keeping your faith can be impossible in the face of terror. The Exorcist and The Righteous are two entirely different films, but both display narratives about the challenges of a man, and how far he can be pushed to the brink on his values. That of course would be true if Fredric didn’t have secrets but as we give the devil his time, there’s more to be revealed, which could break Ethel’s heart, when her love is all Fredric has left.

The Righteous builds and builds, with a consistently terrifying score by Andrew Staniland, and a haunting performance by Mark O’Brien. Although the pacing at times could be changed to make it a perfect film, The Righteous does come close. It’s a horror movie working entirely off its dialogue, the creation of tension, and fantastic directing for a first-timer. The way O’Brien steers away from jump scares or the use of special effects proves this is a director on the fast track to success. The Righteous is an excellent scary movie and I pray to God you see it…if that sort of thing will work.

THE RIGHTEOUS IS PLAYING JUNE 10th ON DIGITAL RELEASE IN THE UK, US, AND EIRE ON ARROW. 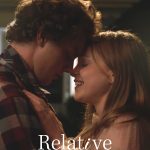 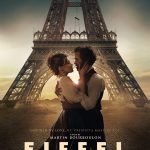