The family we get is not a choice. We are born into it and we are stuck with them in every way. In Michael Glover Smith’s fourth film Relative, the harsh reality for the various characters is that this is their family, all flawed in their own unique ways, but it’s what makes up their universe. The event bringing them together is that the youngest child Benji (Cameron Scott Roberts) is graduating from college. The plan is a party, with everyone coming back to their classic Roger’s Park-Chicago home, setting up three days for the whole family under the same roof. This means a lot of dynamics bubbling up, from relationship troubles, arrested development, parents getting older, and all the other excitements that come from life. It all blooms into Michael Glover Smith’s lovely ode to the beautiful, messy, and imperfect experience we all have that is time with family. Everyone can relate to this story, that’s because it’s Relative.

Similar to Smith’s earlier films, the cast is large, with each character having a unique and well balanced depth. Karen (played by Twin Peaks actor Wendy Robie) and David (Francis Guinan) have been married for 30-some-years, she is a librarian, he is perfectly comfortable reading the paper on the porch. The plan was to retire soon but black sheep of the family Rod (Keith Gallagher) has recently moved into the basement, recently divorced, and wasting his days smoking too much weed. The other siblings are Norma (Emily Lape), the eldest, married with kids and living in Iowa; There is middle child Evonne (Clare Cooney), living in Wisconsin, married to her wife Lucia (Melissa Duprey) and a young child. They are struggling in their relationship and the happy faces are not what’s happening under the surface. But the man of the hour is Benji, excited for what’s next, and even more smitten that he’s connected with fellow classmate Hekla (Elizabeth Stam), and although inviting her to meet the fam might cause anxiety, it certainly makes things interesting.

The screenplay is written by Smith (Cool Apocalypse), a Chicago-native, and a director that just gets better with every film. Although Relative might not be his greatest (that nod still goes to Mercury in Retrograde), there’s an undeniable craft at hand, along with a perfectly balanced cast of local talent, elevating their scenes. It’s the few moments in between the conversations where Relative charms, as time is passed with a gentle montage, or Smith is unafraid of letting the camera linger on the characters in the moment. It’s on display with that independent cinema spirit, a lived-in atmosphere that glows with authenticity, sending reminders of the work of Richard Linklater, Agnes Varda, and recently the work of Ryusuke Hamaguchi.

As far as the performances go it’s hard to find the biggest standout, from Emily Lape being the solid foundation of the group, Cameron Scott Roberts becoming a star as the central focus, or Francis Guinan dropping lines of wise knowledge. The storyline I kept gravitating back to is Evonne’s and a career best delivery from Clare Cooney. The relationship struggles start to be revealed the looser the party becomes and leads to Evonne and her mother sharing a beautiful moment discussing life’s complexities. They let loose by running around the block because of life’s unpredictable nature and Smith closes with Robie delivering dialogue that is wise beyond the years.

By the end Relative grows into an atmosphere we’re excited to be a part of. The film’s shortcomings come from standard minor issues one would see from independent cinema, where some characters sound like they’re reading dialogue, when the story calls for a natural vibe. What is evident is that Michael Glover Smith has grown into an excellent independent filmmaker. Arguably one of the best working today. His confidence from production to production has only increased and begs the question for when Smith will make the move to bigger budgets. Relative is an emotional and poignant film. It’s a lovely reminder that our circle of family is all that we have. We have to rally around one another, appreciate the good and the bad, because that’s what it’s all about. 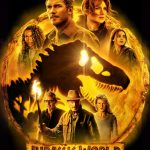 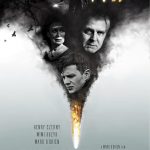