The controversy surrounding Malcolm & Marie hits at the heart of what you are reading: film criticism. There’s a segment in Sam Levinson’s dramatic, argument structured film, where John David Washington’s character Malcolm goes on a long ranting diatribe, about cinema, directing, what it means to create art, the film critics that critique the artform, and what a director is “actually saying” with their films. It gives me no pleasure and not a wield of power to say that it’s here when things become uncomfortable and incredibly forced. The debate in my mind about critiquing Malcolm & Marie is if the acting performances outweigh the painful, forced, and pretentious narrative of this movie. It’s not that I don’t get what Levinson is trying to say. I get it. The problem is that not a sliver of this film comes across as natural. Every line, every emotion, and every decision made is a production. The writing is a forced effort to shout, “look what I know!” And “look at these past movies that I am incredibly educated about!” Instead of actually trying to convey a narrative about a couple arguing about their relationship, past problems, and constant fears, Malcolm & Marie is an excuse for Levinson to air all of his grievances through the voices of John David Washington and Zendaya. I hope he feels that he succeeded, but it bored the hell out of me.

There are many factors at hand that would give me reason to love Malcolm & Marie. John David Washington is slowly becoming a favorite actor of mine, where his work in BlacKKKlansman dazzled me, and his charisma in Tenet was on full display. Zendaya was an absolute vision in The Greatest Showman and is arguably the best part of this entire movie. The performances are fine. The cinematography is in a gorgeous crisp black and white, at a remote ocean side home, while two beautiful people argue with great passion about love and art. But to make all of that work it has to come off as real, it has to become an exercise in the artform, and sadly Malcolm & Marie fails to establish anything that could be called real. It’s incredibly artificial.

The couple arrives home late, one in the morning, after the premiere of Malcolm’s newest movie. Both our characters seem a bit tipsy. There’s already a bit of tension when they enter, as they both accelerate to their corners of the house, changing clothes, grabbing another drink, and Marie making some late night mac & cheese. By all accounts, the movie premiere was a hit, but Marie has a bit of frustration, about the project, and how Malcolm used her past traumas, her experiences, as the plot of his film. She’s also mad at Malcolm for casting another woman as the lead, and not his muse, his rising star girlfriend. Amidst all of that, Malcolm isn’t even sure of himself, paranoid that he’s a fraud, and angry at the honesty from Marie’s lips. Round and round they go, arguing with one another, but more with themselves.

Midway through watching Malcolm & Marie, it’s hard not to wonder why these two don’t just go to bed? But I also tried to put myself in their shoes, being a young couple, in the industry of Hollywood, having something to prove, and lord knows I have been involved in plenty of ugly arguments with significant others. And even with my argument experience, I found the majority of this phony. Arguments are messy. This is not that. It’s a choreographed shout dance, with memorized lines, and multiple references to William Wyler’s The Best Years of Our Lives. There’s a long soliloquy from Malcolm about “that guy from IndieWire” or “That white lady from the L.A. Times”. There are breaks in the shouting, Malcolm eats the mac & cheese in the most annoying manner I have ever witnessed, Marie puts Malcolm in his place, mean things are said, and it’s all set to a fantastic collection of popular songs.

The direction from Levinson is fine and I would call him a young talent with much to say. There are legitimate debates between these characters, about the interpretation of cinema, if every piece of art is political, the relationships between critics and the subjects they dissect. In between the contrived lines is the story of a man and a woman, in love, falling out of love, hating one another, working their differences out. And still, not a single moment of these conversations feels real. Washington is the weaker of the two, where his line delivery falls flat. Zendaya has a cool swagger to her performance, doing the heavy emotional lifting, and pacing her emotions like the rising star she is. Still, Malcolm & Marie frustrated me. Maybe it’s a case of the director not pulling the strings enough. Maybe the actors were the wrong fit. Personally, I think under the circumstances, with a more veteran director, with more veteran actors, I think Malcolm & Marie would be a fantastic film. Instead it’s just a long rambling argument and we’d be better off if we all just went to bed. 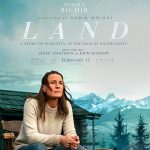 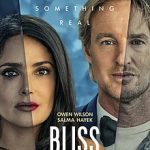