MOVIE: CRIMES OF THE FUTURE

To watch a David Cronenberg movie is to delightfully enter into the mind of a genius. His voice is greatly needed in the world, an artist that unflinchingly dissects the human condition, using a pair of forceps and prying the mind open. He isn’t afraid, something that he has passed to his son Brandon, which he displayed in his brilliant film Possessor, and now it seems time for the old man to remind us that he was doing this first. Crimes of the Future might not be the flawless return we were expecting, but it’s close, with an all-star cast of actors introducing us to a new world, where surgery is a the new form of sex, to be invasive is to experience pleasure, and the human body is the canvas. Crimes of the Future is a new organ in the body, pumped with passion, and curiosity to find out what we consider to be beautiful art. It’s David Cronenberg and it’s incredibly fascinating.

This is a gray and cloudy future. Void of color, the vibrancy of life or any human interaction. We’re introduced to Caprice (Lea Seydoux) and her famous artist partner Saul Tenser (Viggo mortensen). The two of them conduct what they consider to be art shows, which involves Saul developing and growing new organs inside his body, which are then surgically removed in public for the world to see. Everything in this world is Cronenbergian, where Tenser sleeps in a bed that looks like a vagina, with tentacles of skin that attach to his body, helping the process of his organ creation, and reading his sleeping patterns. The organs removed are sometimes tattooed, which is archived by an organ registration, run by Wippet (Don McKellar) and Timlin (Kristen Stewart). They are a government organization, but also illegally involved in underground organ projects, and their fascination with the work of Caprice and Tenser is too close for comfort.

That’s the initial plotline, but the sub-plot involves Lang Daughtery (Scott Speedman), who believes he has the art project that Caprice and Saul have always wanted, which is to publicly perform an autopsy on his recently deceased son. The caveat is that his son was born with a rare ability to eat hard plastics, a condition that Lang and his underground followers believe is the way of the future, harvesting food bars made of synthetic plastics. Within this conflict of humanity is the question of when art goes too far or if human evolution is headed in a direction of inhumanity? Those answers are for the audience to decipher, an internal question Cronenberg wants us to ask ourselves, and try to find a reasoning for it all. Even if the details are too obscure for new Cronenberg viewers, there’s still a brilliant inventive nature of how the Dead Ringers director lays out his questions about humans, their technology, and the new species we are becoming.

Where Crimes of the Future loses a bit of my praise is a slight lack of an ending, which leaves much to be desired, and character plot threads that are never fully tied together. What it does nail is the themes it dissects. Cronenberg has a fascination with his characters living in a vain future and he’s not far off. Characters perform surgery on themselves, doctors are a thing of the past, beauty is art, and art is pushed to new boundaries. It’s also Cronenberg commenting on his own legacy, as Tenser’s character watches a dance artist known as “Ear man”, with his eyes and mouth sewn shut, while his body is covered in human ears. The work is inspired by Tenser but to the original artist it’s all shock and no value.

On the whole, Crimes of the Future is engrossing, with a collective cast that all bring great ease to this Cronenberg world. Stewart’s performance is an excellent turn away from her work in Spencer, where here she’s an oddball, constantly craving the work of Tenser. The pair of Mortenson and Seydoux are the dual sides of Cronenberg- both delivering excellent performances- but dividing the personalities of a person that wants to study the art and become the art. This is a David Cronenberg future, a complete dissection of what makes the creative organs grow, and we must nourish the auteur’s work, to not do that would be a crime.

CRIMES OF THE FUTURE IS PLAYING IN SELECT THEATERS FRIDAY JUNE 3RD, 2022 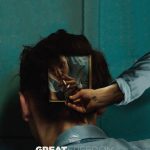 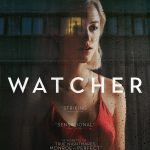