By the end of Possessor, the effects that occur on your brain will be something you’re processing much longer after it ends, and even then, you will want to see it all over again, just to make sure you understood what you saw. This is a mind scrambler. A wild and original science fiction film; And a movie that has moments that shock and awe. I was fascinated by Brandon Cronenberg’s new film. This is his second full length feature, but his first mainstream production, and clearly the arrival of a brilliant new auteur. Andrea Riseborough stars as Tasya Vos, an assassin in a distant future, but she does not do the job in person, but through a possessing process, connecting into another person’s mind. Possessor follows her taking over the mind of Colin (Christopher Abbott), the boyfriend to the daughter of billionaire CEO John Parse (Sean Bean), and the contact that Vos must eliminate. But somehow the science is starting to falter, where the person possessed knows something is happening, and a battle takes place between the human and the mind. Possessor is a fascinating experience. Trippy, violent, and one of the most original movies of 2020.

Because of how obscure and strange Possessor is, it makes things difficult to describe, especially due to the narratives distortion of reality. The other movies to compare it to is a mix of films such as, Blade Runner 2049, Total Recall, and The Matrix. Vos is a mother, recently separated from her husband, but still in the process of trying to rekindle their love. Her boss is the mysterious Girder (Jennifer Jason Leigh- a character similar to her work in Annihilation), often the one to give Vos her next assignment, and help get her out when the job is done. The mind melding process is a connection through the brain, like an MRI for your head mixed with a heavy trip on acid. The assignment prior to the film’s major plot does not exactly go well; The possessed stabs a guy too many times to count, completing the mission, but Vos pretends that things are all good after, but her mind is clearly losing sense of reality.

That word reality is the major thing to consider when watching Possessor. It’s never clear who is possessed or who isn’t. What is happening now versus what is happening in Vos’ mind. The distortion is the point. It’s done perfectly through a combination of Cronenberg’s unique screenplay, Risborough’s fascinating commitment to her character, Christopher Abbott continuation with roles that balance between quiet and disturbed, cinematography by Karim Hussain with excellent use of neon colors, and violence that will send shivers down your spine. Possessor has so much to it, it’s impossible to forget it, and that’s before an insanely climactic ending.

What I also loved about Possessor was the inventiveness and authenticity to its science fiction. It should not be surprising to see a movie of this caliber made by the son of David Cronenberg, master director that gave us The Fly, The Brood, and Dead Ringers. Clearly this stuff is in the family genes. But Possessor is Brandon separating himself from his father, while still engaging in the types of odd science fiction and body horror that make a director’s work stick out. Possessor has incredible set design, with high tech looking chairs that audiences will look back at and marvel at the prediction of futuristic decor. It also has a narrative that draws the viewer in from beginning to end. Possessor had me from the start.

There are no negatives to speak about after watching Possessor. Brandon Cronenberg is a brilliant new mind in cinema. I see his work rising in the same way audiences have gravitated to artists such as Rian Johnson, Denis Villeneuve, or Christopher Nolan. As for the ending, it is undoubtedly shocking and will leave audiences cold, but it stays true to its unique nature. I don’t think you should expect anything else. If you want a different ending, one that is spoon fed, or much happier, you might want to watch something on Disney+. Possessor is going to take over cinema for a long time.

POSSESSOR IS RELEASED THIS WEEK FROM NEON PICTURES. IT IS PLAYING THIS WEEKEND AT THE MUSIC BOX THEATER AND AT LIMITED THEATERS ACROSS THE U.S.- CHECK LOCAL LISTINGS 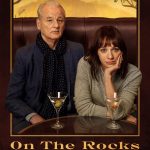 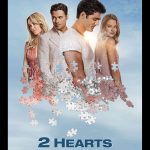