When your movie wins the top prize at the Sundance Film Festival the pressure is instant. You add on top of that having AppleTV+ buy your movie for a record amount and now pressure is constant. All of that happened to Cooper Raiff– director, writer, and star of his newest film Cha Cha Real Smooth, but the wild part is that it couldn’t have happened to a better person. Raiff is still early in his career- this is his follow up to his directorial debut- Shithouse– but he’s incredibly genuine, overflowing with talent, funny, and smart. Cha Cha Real Smooth is a delight, co-starring Dakota Johnson, in a story about two people finding one another at the wrong time, but this is the right time for Cooper Raiff. I was able to talk to Cooper when he was in town for the Chicago Critics Film Festival, about working with Dakota Johnson, making an audience laugh, and what it takes to be a party starter. 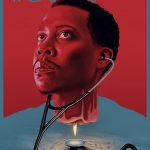 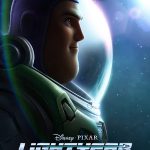