In 2022, to describe a movie as charming could be equal to putting a curse on it or a description that is more negative than positive. Not that CODA wasn’t worthy of its Academy Awards in one person’s viewpoint, but as time went on its many flaws became evident and its “movie of the week” concept didn’t help in the long run. The same will be said by some about Cooper Raiff’s sophomore film, Cha Cha Real Smooth, which is his follow up to the college romance Shithouse, and a surprisingly steady second step. Raiff is still in his mid 20’s so his success is genuinely shocking, with AppleTV+ buying the Audience award winner out of Sundance, and putting a stop to any doubts that Raiff is a powerful presence in cinema. Above all the accolades and platitudes, Cha Cha Real Smooth is an incredibly kind movie, about the difficult process for a person to transition from college, finding a soulmate, and how sometimes the timing for love is just not right. The timing for Cha Cha Real Smooth, however, is always right.

Our lead character is Andrew (Raiff), a 23-year-old just getting back home to New Jersey after his four years in college. He’s still not sure what he wants to do in life. His ex-girlfriend has gone to Barcelona to study the culture, and at some point Andrew hopes he could join her. At least that’s what he thinks he wants, but it’s not, and the fact is that Andrew feels lost. He attends a bar mitzvah with his brother, where he meets Domino (Dakota Johnson) and her daughter Lola (Vanessa Burghardt), and while he’s there, Andrew is so charming and keeps the party going strong, to the point where he becomes a must have for every local event, leading to him being hired to be a party starter. He also sparks a bit of a relationship with Domino. He’s incredibly kind with Lola who is on the autism spectrum. He’s easy to talk to and his connection with Domino is deeper. They’re both a little lost and have a natural attraction to one another. Yet, life always seems to get in the way, or maybe it’s just not the right time for these two to cross paths.

As far as the style of movie that Cooper Raiff is making, it’s a bit coming-of-age, a bit comedy, and a lot romance. What viewers will pick up is that sense of loneliness in your return from college. We go into a bubble community where we learn about the “real world”, have our select group of friends, and our significant others, with the hopes that we have it all figured out by the time we’re done. Most of us don’t and the idea that anyone fully does is a myth. Raiff reveals it in brief moments where Andrew’s emotions get the best of him but it’s balanced well with showing the genuine beats of kindness. He’s caring towards Lola, a natural ability to see people on their level, and he’s still caught in the middle with Domino. The performance by Johnson is once again great, arguably the best part in Cha Cha Real Smooth. She’s not over the top, not too shy, and plays a character with scars. Afraid to believe Andrew is real, wishing she could be reckless, but mature in her responsibilities. She has a fiance that is a lawyer who travels a lot, there’s a lot of complex, human emotions that go on, and the audience is left to navigate with Andrew what his next step will be. Growing up is hard and Andrew is finding he still has a lot of that to do.

For me, the biggest part of Cha Cha Real Smooth that I gravitated to was the relationship between Andrew and his mother- played by Leslie Mann in arguably her best dramatic performance- where his return from college, juxtaposed with that subtextual age difference between Domino and Andrew, is that as children we often can’t see the burden we are to our parents. It’s that realization, an opening of our eyes to how difficult life is, and the stress we may have caused to a loved one. It’s those genuine moments that Andrew has with his family that put this movie over the top, making the material have more than just a sappy texture, but an authentic approach to real emotions.

There’s certainly a pressure that is applied to a young mind such as Cooper Raiff’s, but Cha Cha Real Smooth is rich with his compassion, kindness, and empathy for others. Similar to a director such as Richard Linklater, Billy Wilder, Greta Gerwig, or even Steven Spielberg, there is a natural talent present in Cooper Raiff, radiating off the screen. There’s no villains in this movie. There’s only the highs and lows of life, the joy of being on the dance floor, the promise of love, and plenty of heartbreak. Either way, Cha Cha Real Smooth is the life of the party and a delightful new hit from Cooper Raiff.

CHA CHA REAL SMOOTH IS IN SELECT THEATERS AND AVAILABLE ON APPLETV+ ON FRIDAY JUNE 17TH. 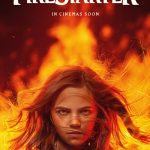 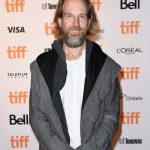