I still have not seen the original 1984 version of Firestarter, the Stephen King novel, that displayed an angry child Drew Barrymore burning people alive with her mind. That may have made me the ideal candidate to watch this new 2022 remake version- playing this weekend in theaters and also on Peacock- but from what I witnessed, the original is clearly superior, because this remake is equal to a flaming dumpster. Besides the fact that screeners were given the day before release, there’s something instantly off about Keith Thomas’ film, where the performances are bad, and the attention to details is even worse. This Firestarter belongs on a pile of ases.

The lead character is a nine-year old child named Charlie McGee (Ryan Kiera Armstrong), who early on reveals that something feels wrong, and when a bully calls her weird, that’s when she really wants to do some damage. Her parents Andy (Zac Efron) and Vicky (Sydney Lemmon) were the product of science experiments and what it left them both with was telekinetic abilities. Now their powers have become a part of Charlie and for her it’s even more powerful, with the ability to turn someone into a giant ball of fire with the twitch of her mind. The parents aren’t on the same page, with dad going the Frozen route and telling her to conceal and bury it deep down inside, while mom wants to help her learn to harness it for good. Of course following dad’s advice is futile and when a bad group of scientists- led by an over-acting Gloria Reuben- attempt to hunt Charlie down, her full fire power is unleashed.

One quite interesting observation I made was that in Roger Ebert’s 2-star review of the 1984 version, he said, “The most astonishing thing in the movie, however, is how boring it is.” Which, surprisingly enough, is the exact same complaint of this version. The screenplay by Scott Teems starts with painfully lame disturbing visions that Andy has of his baby catching on fire. That’s followed by the brief buildup of Charlie not controlling her powers, and then it’s quickly father and daughter on the run from police, where all energy grinds to a halt. For an hour and thirty-four minute movie, Firestarter 22’ is a big snore.
Outside of the lagging middle section, there are a plethora of problems, including the special effects, poor acting across the board, and a absolute lack of details. For some reason Charlies’s clothes never set on fire. For some reason the final science holding lab- led by Gloria Reuben’s Captain Hollister- which includes one narrow hallway leading to a room, and a collection of security guards waiting to be lit on fire. It’s as laughable as a part of Austin Powers and if everything else wasn’t so incredibly boring, I would laugh at it some more.

Yes, this new version of Firestarter is an absolute mess, with an inability to land on the genre it wants to be, sometimes feeling like an action piece, a straight horror, or even digging into science fiction. It fails to go far at all, leaving us to ask questions, such as where does the fire omit from on her body? Is it her hands? A primal scream? This are all answers that Keith Thomas is not quite interested in. He just wants to burn it all down to the ground. That’s why this version of Firestarter has arrived burnt to a crisp.

FIRESTARTER IS PLAYING IN SELECT THEATERS AND PEACOCK STARTING TOMORROW MAY 13TH, 2022 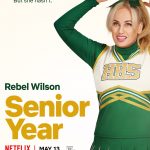