As far as the argument for originality when it comes to Pixar’s Lightyear, that concept went out the window when the movie was announced, with Disney taking the beloved Space Ranger and giving him his own project. Only this isn’t a movie about the toy. This is the movie that led to the creation of the toy, the movie that kids loved so much, they just had to have their very own Buzz Lightyear action figure. It’s a thin concept, to say the least, and certainly not nearly as original as Pixar’s other two recent installments of Luca and Turning Red. And even with all of those caveats, what Lightyear did for me was make me feel like a kid again, in an animated space adventure that’s out of this world. By the end, a part of me was wishing I could buy my own Buzz Lightyear, in an animated movie that goes beyond all expectations.

Instead of Tim Allen as the voice behind the man, we get Chris Evans voicing Buzz, who we meet on a mission with fellow Space Ranger Alisha Hawthorne (Uzo Aduba), piloting a ship with a large population of people and searching a new planet to find out if the terrain is inhabitable. What they find are massive bugs and vines that wrap around like a snake, and in Buzz’s attempt to get off the planet safely their ship is destroyed, leaving them stranded on a new world. Buzz, being the ever determined hero, takes it upon himself to find out if they can reach light speed in hopes to get everyone off the planet. What he discovers is that it may feel like mere minutes spent pushing the limits of speed, but each attempt sends him four years into the future, leaving him behind while the world and Alisha’s life moves forward.

The second half of Lightyear is where the adventure for Buzz begins, as he has pushed so far into the future that he’s left alone with his adorable robot cat companion Sox (Peter Sohn). He eventually bumps into Alisha’s granddaughter Izzy (Keke Palmer), along with her rag-tag group of patrol rangers, Mo (Taika Waititi) and Darby (Dale Soules). Buzz and crew must now figure out a way off the planet and get past a mysterious villain that goes by the name of Zurg (James Brolin). It’s within this adventure that finds a way to feel fresh, along with subtle hints to the things we knew from Toy Story, from lines like “No signs of intelligent life” or the gorgeous detail of Lightyear’s space suits. No matter how unoriginal Lightyear might feel to some, its space adventure had me on the edge of my seat.

The screenplay is written by Jason Headley, with the story by Matthew Aldrich and director Angus Maclane. What the story certainly benefits from is the grand scale of it all, where the animation, similar to what Turning Red did, looks gorgeous. The details of the stars, the spaceship, and the texture of the planet are all around, creating a great outer space atmosphere. It’s animated science fiction, set in a future that includes robots, lazer shields, and sandwiches that are meat-bread-meat. There are moments that reminded me of The Martian or Damien Chazelle’s First Man, where the awesomeness of space adventure has me thrilled, inspired to reach beyond the stars.

In terms of the story themes, what I greatly appreciated in Lightyear is a subtext about stopping to smell the roses. Often in life our obsessions become a driving force and that plotline is constant for Buzz, as he pushes to be the hero, while Hawthorne keeps her feet on the ground, living in the moment. One of the bigger problems in Lightyear is a late story twist that didn’t entirely work for me, but does make sense in the stories’ messaging about his character learning, growing from a stubborn individual, to a team leader. So yes, is Lightyear a bit standard for a Pixar movie? It’s possible, as it lacks the originality we’re accustomed to seeing from the animated studio, but it’s still a thrilling adventure, putting a backstory to a character that’s always been cool. I didn’t think it was possible to make me a bigger fan of Buzz Lightyear but now there’s a hero’s journey behind what becomes a very cool toy.

LIGHTYEAR IS PLAYING IN THEATERS THIS FRIDAY JUNE 17TH, 2022 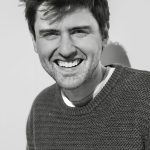 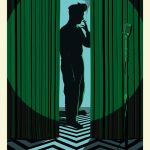