You could categorize Choose or Die into a subgenre of horror that includes intelligent scenarios that humans must get themselves out of before a result of death. It’s somewhat equal to a pair of buddies sitting on a barstool, playing a game of “would you rather” and then turning that thrilling horror scenario into a full movie. We’ve seen it done before in the Final Destination series or recently in the pair of Escape Room fodder, but now Toby Meakins is taking things back in time with Choose or Die, a horror venture using an old 80’s style game, where a lone character must choose a path to move on to the next round. It may not be perfect, but for what it’s attempting to achieve, Choose or Die has enough entertaining moments, in another Netflix release that fits perfectly into their weekly content format. You could choose a lot worse than Choose or Die, there’s much more than meets the eye, but you certainly won’t be watching the next masterpiece.

One thing is for certain, director Toby Meakins wants to focus on a lead character, complete with deeper problems, instead of making a movie about one death trap to the next. Iola Evans stars as Kayla, working her days as a cleaning person at a major high rise and helping her friend Isaac (Asa Butterfield) do coding for his new game in the evenings. On top of the stress of work, her mother Thea (Angela Griffin) battles her addiction to crack-cocaine, and the sad reality is that her little brother died in an accident by a swimming pool, haunting the family every stretch of the way. When she digs through Isaac’s discarded tech she finds an old cassette called Curs>r, which she can connect to her computer to play, but once she starts it going, she must choose. The majority of the choices involve something happening to someone else, where round 1 causes her server at a diner to eat glass, but the game has control and it’s either them or her.

What surprised me about Choose or Die is how it does not settle for a consistent stream of gnarly deaths the way a movie such as Saw would. Writers Meakins, Simon Allen, and Matthew James Wilkinson make it about Kayla, where her past traumas become the central pains she must choose between. In theory, Choose or Die reminded me of the independent horror film Beyond the Gates, which dealt with a board game of horror. A major problem that exists in Choose or Die is the technology itself, which makes me feel old, and a bit technology illiterate. I was not entirely sure exactly how the game worked. It was a cassette tape, but played on a computer, but not a Nintendo, and not on an old IBM computer. Choose or Die wants us to not think too hard, which is honestly the best way to go with it.

As far as an empty calorie horror movie goes, Choose or Die is that movie, which has an interesting ending involving a bit of science fiction to the horror of it all. The performance by Iola Evans is quite good, considering what the material is asking, and what we typically would see. There’s a cameo from actor Eddie Marsan as a previous player of the game which adds a boost of energy, violence, and slightly more confusion to the process of the game. I wasn’t digging into it all too seriously. It’s a horror movie with a select set of rules. I enjoyed it enough. Just choose wisely. 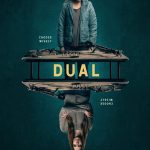 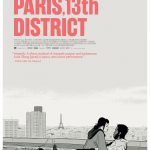