Movies such as Jacques Audiard’s Paris, 13th District are a reminder that French cinema continues to have a great hold on telling adult stories. Stories about love and sex, the pleasure, the joy, the pain, the angst, and the beauty that come from those experiences of being a person looking for love. Watching it makes me mad at the sheer prude, puritan approach American cinema takes towards sexuality today, where a movie like Deep Water is laughed at by a majority of critics, almost ensuring that going forward it’s more sexless superheroes. Audiard shoots in a crisp black & white, telling the story of a love triangle of sorts, following three people and how they navigate the romantic world, living in a small section right outside the city of love. The execution is a mixture of bleak honesty and thrilling passion, making Paris, 13th District, a fresh new look at romance.

It begins at a high rise apartment, with Emilie Wong (Lucie Zhang) engaging with new roommate candidates online, and receiving a knock on the door from Camille Germain (Makita Samba). Only Camille is not a woman, but a tall handsome man, looking for a new place. For Emilie the prospect of a male roommate is not out of the question, but the two hit it off instantly, deciding to sleep with one another, and create a plan to make their arrangement as roommates with sexual favors. As one would expect, that alignment doesn’t go as planned, where jealousy creeps in and emotions take over. It’s not long before Camille moves out and the two go in different directions of their romantic lives, but the connection is always in the back of their heads.

The third leg of this triangle is Nora (played by Portrait of a Lady on Fire star Noemie Merlant), a woman that is reserved sexually, but looking to break out of her shell. She goes back to school to get her masters, but when she decides to have fun at a party by wearing a wig to be adventurous, she has the same resemblance of a famous webcam star Amber Sweet (Jehnny Beth). She is ridiculed by her classmates, with her face plastered online, and whispers of her being a prostitute. It’s here where her life veers into selling real-estate with Camille, where the two develop a relationship, but now Nora has her reservations of being hurt, while Camille still has a bit of a hang-up on Emilie. They’re all bruised humans, looking for love, and what we learn in Paris, 13th District is that we learn more about ourselves with each passing connection we make with others.

What Paris, 13th District reminded me of was Mathieu Kassovitz La Haine, which had an incredibly authentic feel, a drama that could have fooled me if it was called a documentary. Here we have a sense of a more scripted story, but the atmosphere is incredibly natural, which leaves me making the cliched claim, that yes, the city feels like a fourth character. It’s not a surprise how good the direction is, as Director Jacques Audiard has an eclectic filmography as well, from making westerns (The Sisters Brothers), tense stories of immigration (Dheepan), and the powerful drama about a prisoner in A Prophet. He’s a craftsman who continues to flex new muscles and his flex here is romantically muscular.

Although the pacing at times might not always be at a peak of energy, Paris, 13th District is a vibrant and lively picture. There’s a trio of actors here that all play their roles perfectly, not slipping into a cliche of characters, but playing genuine humans to root for. That also goes for how Audiard depicts romance, from the gentle touches, passionate kissing, and erotic interactions. It’s how an adult, romantic story should be told. Paris, 13th District is a reminder of great romantic films of the past, from The Apartment, The Umbrellas of Cherbourg, or She’s Gotta Have It and it’s those movies we desperately need more of today. That’s why Paris, 13th District deserves an audience and for American directors to take notice. Leave it to the city of love to remind us of what good romance is all about. Needless to say, I’m a big fan.

PARIS, 13TH DISTRICT IS NOW PLAYING IN SELECT THEATERS, ON DEMAND, AND PLAYING AT THE GENE SISKEL CENTER APRIL 22ND, 2022 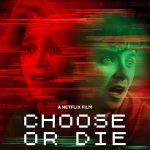 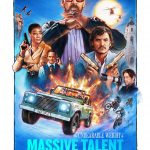 The Unbearable Weight of Massive TalentReviews