A new installation of Texas Chainsaw Massacre arrives this week and this might be the peak moment where the nostalgia machine has broken me. With The Matrix Resurrection, the new Scream, and even Ghostbusters: Afterlife, I was willing to look past the obvious attempts to cash in on the things we all remember. It’s weird that I draw the line on a continuation to Tobe Hooper’s 1974 classic, but there’s just some horror movies that don’t need to be touched. Not that the sanctity of cinema ever stopped production companies from cashing in before, but what instantly struck me about this iteration of TCM is that it saws its own nose off to spite its face. Director David Blue Garcia and the producing team of Fede Alvarez think highlighting the Leatherface lore is something audiences are craving and proceed to forget what makes the Texas Chainsaw Massacre movies great. Now more than ever, you would be better off watching the original Texas Chainsaw Massacre, and forget that this new installation has even been made.

The premise alone is odd, which involves a group of youthful 20-somethings, with plans to move to a small Texas ghost town, bringing a bus full of people to gentrify this backwards Texas village, with hopes of building their own peaceful utopia. The group includes Lila (Eight Grade’s Elsie Fisher), a survivor from a high school shooting, forever traumatized, and looking for a change with her sister Melody (Sarah Yarkin). The plan has been for Melody and her cooking partner Dante (Jacob Latimore), along with his new wife Ruth (Nell Hudson), with the hopes of making their own restaurant, and finding a place for their new family to live in harmony. Little did they know that living at one of the boarded up houses is the chainsaw wielding, skin wearing killer, still in hiding 50-years after the terror he caused before. As one could predict, when Leatherface starts to unleash the results are bodies being sawn in half, splattered blood, and victims in a fight for survival.

Right off the bat, the biggest mistake of this Texas Chainsaw Massacre is that it pretends to care about the history of what Tobe Hooper had established, and only does this to say, “hey remember this?”. Even the politics of what writer Chris Thomas Devlin, from a story by Alvarez and Rodo Sayagues, fails to grasp what the original was about, which was an example of the kinds of horrors that exist in middle-America. Instead it wants to give Leatherface the chance to dispose of vapid people who only care about social media and nothing about that gels with the characters we are rooting for. On top of those narrative issues, the characters written are all placeholders, only ushered into the corral to be chopped up and chased. For most horror fans, that is simply not enough to reel us in, where the pile of horror movies with characters being stalked by a killer is taller than the Empire State building.

Where the credit can be given to this Texas Chainsaw Massacre is the gore, which is gnarly, and nasty fun. Those moments of joy are brief, which includes bones being used to stab necks, bodies split in half, and heads being smashed- all the good stuff will only apply to the hardcore fans of the genre. If this stuff makes you queasy it will turn you off and in that case you will really hate this movie. Outside of that, the setting is silly, the characters are dumb, and everything related to Texas Chainsaw Massacre has been done before- retroactively done better in the 2003 remake with Jessica Biel.

By the end I was more irritated with this Texas Chainsaw Massacre than any of the previous failed iterations. Give credit to Garcia and crew for attempting to revive something or maybe they thought this was a fresh take. Sadly, they’re more blinded by the dollar signs that appear when digging up the spirits of past Chainsaw Massacre movies. Even the films links to the original are wasted efforts of going through the motions. Why connect this to the original if you’re only attempting to move beyond that? Why do audiences need closure or a continuation into the life of Leatherface? The answer is that we don’t. There are already enough of these movies and we’ve spent enough time on a killer that wears peoples skin. It’s time to make a new kind of terror. They would have been better off if they had left the chainsaw sitting in the garage. 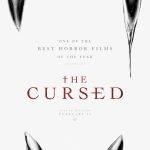