The last five to ten years have seen a revival of folk horror and a splash of werewolf movies and it’s made the horror genre burst at the seams with excellence. From Midsommar to The Witch, Werewolves Within or The Wolf at Snow Hollow, there’s a genuine appreciation from filmmakers and audiences to dig into these themes. And lucky for me, because I’m here for it, and the genre as a whole is better. Not that they are always hits, but more often than not, it’s a thrill to see a colonial setting, dark religious tones, and shapeshifting monsters coming out at night. All of that good old fashioned, gothic folk horror, is accurately on display in Sean Ellis’ film The Cursed. It involves a group of English settlers, who at one point removed people from land through their violent genocide and what has been left is a curse upon all of their families. When someone- or something- is dug up from the soil, the curse is released, and what follows is the ultimate fight for survival for the people in this small village. The Cursed is not for the faint of heart, shifting and changing shape, in this horror film that you can really sink your teeth into.

The first act of The Cursed is about setting up the sins of the father, where we witness the townspeople have no regard for those before them, led by Seamus Laurent (Alistair Petrie). Director-writer Sean Ellis displays the key moment for us in a stunning wide shot. He captures the entire act, covered wagons being set on fire, families scattering to be shot in the back, and the eventual burying of people alive. The final pile of dirt is not laid without the curse being set and we fast forward later to when Seamus’ children Edward (Max Mackintosh) and Charlotte (Amelia Crouch) are called by a voice to the burial grounds. A set of silver-fanged teeth are discovered, dug up by another local boy named Timmy (Tommy Rodger) who proceeds to attack Edward, resulting in both boys disappearing, and the eventual appearance of a beast in the night. The string of killings leads to wolf hunter John McBride (Boyd Holbrook) being called to town, tasked with the job of finding the mysterious beast, fighting off his own demons along the way, to stare down a monster that has already taken his family.

Much like other gothic set horror films, The Cursed is a success because it captures the aesthetics properly, with superb costume design, grayscale settings, and lighting tones. Without those things the audience would be lost, failing to feel submerged in the moment, which Ellis never allows to happen. That statement is also true because Ellis does his own cinematography and that alone is what made The Cursed exceed my expectations. It’s not jump scares or hidden creatures, but the set up of genuine terror; It’s through the use of imagery of a human scarecrow, tall grass where we can’t see the creatures stalking in the night, and the short impactful bursts of bodies being hacked to death. As far as good werewolf movies go, from Ginger Snaps, The Howling, or Stephen King’s Silver Bullet, The Cursed understands that it’s the aftermath of the beast that can be just as scary as what the monster actually looks like.

The problems I had with The Cursed are mainly minor visual miscues, including the CGI werewolf that has segments where it’s not in focus, and would have benefited from practical effects. If the werewolf and the imagery alone do not win you over, it will be hard to forget Ellis’ inventive way of revealing how the werewolf can digest a human. And even after that, the story may become a tad bit redundant in pacing, but the narrative has a purpose to slowly backing us up, and the rest of the townsfolk into a corner, where one by one people go missing, before they all seek refuge in a church, and we’re left with McBride as the only man brave enough to face the monster.

The Cursed snuck up on me, a movie that had big praise out of horror film festivals last year, and is quietly rising to the top of my favorite werewolf movies in the past five years. Holbrook delivers a solid lead performance even when his character shows up a bit too late. But even if it’s not doing the trick in the genre of horror that some would hope for, what’s undeniable is that director Sean Ellis is establishing himself as an original and talented director. The Cursed will satiate the taste you have for good gothic horror and left me with plenty of memorable moments to howl at.

THE CURSED IS RELEASED THIS WEEK FROM LD ENTERTAINMENT AND IS PLAYING IN SELECT THEATERS FRIDAY FEBRUARY 18TH, 2022 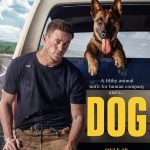 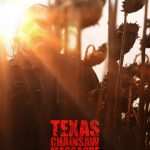