More than ever, words matter. They matter within context, they matter down to the very last detail, no matter if you are telling a story, explaining how to use a product, or how you phrase a sentence in an email. That is the biggest lesson I take away from Asghar Farhadi’s A Hero. There are many other lessons to learn, about who to trust, and how no good deed ever goes unpunished, but mixed within all those lessons are the words that these characters say. Farhadi is one of our great storytellers, often making a movie that may tell a simple tale, but wrapped within his narratives is an onion of thoughts, conflict, and moral dilemmas. A Hero is not the same as the others, because the conundrum laid out before us is not a question of choice, but a question of existence. I felt a myriad of conflicted emotions watching A Hero, from frustration, anger, and sadness, but most of all, A Hero drove me to look inside myself. It’s another masterpiece from the great Asghar Farhadi.

When I first noticed Asghar Farhadi’s work, like many others, it was with A Separation. It’s still the Iranian director’s greatest film, which won the foreign language Oscar, and revealed an artist that could take a minimal premise- a husband and wife conflicted in having to make the choice of leaving the husband’s elderly father in a home for the safety of the rest of their family. With A Hero, the plot is a bit more complex, with more moving parts, and characters injecting themselves into the narrative. Rahim (Amir Jadidi) is in prison because of a debt he owes to his father-in-law. He is given a two-day leave to get his affairs in order, possibly chip away at the amount, settle issues with his ex-wife Nazanin (Sarina Farhadi), and spend time with his current girlfriend Farkhondeh (Sahar Goldust). When Farkhondeh goes to pick Rahim up from the prison, she finds a purse filled with gold coins, enough to make a major dent on Rahim’s debt. But instead of making a profit off the findings, Rahim places ads for a lost purse, and when a woman claims it as hers, he returns it to the rightful owner. In his act of kindness, the prison system raises him up as a hero, with reports made about his true kindness, but when the details of the story, his instant moment of celebrity, everything muddies the act, with Rahim’s life becoming worse off than he was before leaving prison

What makes A Hero such an instant classic- and my #1 movie of 2021– is that there is not a single right answer. I kept wondering, how could Rahim have done things differently? I’m still not entirely sure. The flaws of humans are too great. If he kept the gold he could be a thief, if he used it for profit his own conscience could dig at him, and when he returns the money back he’s not doing enough work to make sure his kindness is pure. Like Frodo in Lord of the Rings– the lesson is to wish the ring never came into your possession in the first place- and that same goes for Rahim and the bag of coins. The main character of this story is not a man of bad judgment, or degenerate habits to send him into this existence, but just plain bad luck.

There’s also an excellent partnership in Farhadi’s direction and Amir Jadidi’s performance. There is an evolution of Rahim’s body language. He leaves the prison with a great big smile and is incredibly happy to see his love in Farkhondeh. They talk about the found gold, discuss what it’s worth with a pawn shop, and when he decides to give it back instead, that’s where his choice has turned the tide. Similar to the moral quandary of The Counselor, where thinking one way for fortune can blind you of reality, what Rahim does not account for is the personalities of other people. Jealous cellmates, an angry ex-wife, and an ex-father-in-law that desperately wants his debt paid. At no point do the people at the prison have Rahim’s kindness in his best interest. It is all for the profit and good publicity that will fall back on them. A brief human interest story for the press turns into poking and prodding at the truth of the matter and when the woman who has claimed the gold cannot be located again, Rahim’s good deed disintegrates into the inspection of one man’s moral character.

On and on I could go, the discussions, and the debates are endless with A Hero. That’s what makes it such a great film and another shiny jewel onto the crown of Asghar Farhadi as a director. His precision of storytelling is unmatched. His ability to make his films both about the problems with his native country of Iran and still have it culturally translate to any time or place. That is his greatest achievement. It’s the timelessness of his films, with narratives that become worthy of multiple viewings, and each time resulting in a different viewpoint. In the end it’s impossible not to feel bad for Rahim, where his kind heart only digs him into bigger holes, but maybe his biggest mistake has been trusting other people. The world is a vicious place. There’s a cost to everything and being labeled A Hero has the biggest price tag of all.

A HERO IS CURRENTLY PLAYING IN SELECT THEATERS AND IS AVAILABLE ON AMAZON PRIME FRIDAY, JANUARY 21ST. 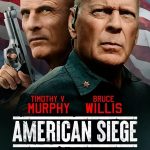 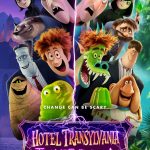