Another Bruce Willis movie and another negative rating. It’s not something I enjoy doing. In fact, this one is a bit better than some of his other direct-to-VOD productions, but only this time it’s more of a squandered opportunity. American Siege is a simple premise, with a standoff between cops, ex-cons, and a crooked operation run by federal agents. It sets up nicely, with some cars approaching, a storm of bullets, and a fight for the cons to take control of the safe-house, but after that things grind to a halt. There’s a lot of standing around, posturing, intense facial gestures, and more standing in what quickly becomes one of the more boring hostage movies put together. American Siege is a small step in the right direction for Bruce Willis but he still has a long way to go.

It starts with the prison release of Roy (Rob Gough), a man that took the blame for the death of his girlfriend Brigit Baker (Sarah May Sommers), who is being picked up by her sister Grace (Anna Hindman), and brother Toby (Johann Urb). Roy hops in the car and they go straight to the house of John Keats (Cullen Chambers), crashing through his mailbox, shooting down the door, and killing a guard before taking him prisoner. Guess that rehabilitation lasted long. The two siblings and boyfriend want answers on what really happened to Brigit, which brings in sheriff Ben Watts (Willis), who finds out that it’s possible FBI agent Charles Rutledge (Timothy V. Murphy) might be the one running an illegal operation that resulted in Brigit’s disappearance. Everyone has questions and nobody is willing to give an inch to get answers. Not without a fight.

The direction here is by Edward Drake– who also co-wrote the screenplay with Corey Large- and he has a strong background on what it takes to make a good movie. The skills are all there, setting up the camera, building up an intriguing premise, and catching our attention. It’s just the other stuff- the dialogue, brutal over the top performances from some, and lazy uninterested performances from others- which seems to drag American Siege down. Once Willis and Murphy’s characters arrive in scenes it’s all pure posturing. Both stare at each other, back and forth, going through the motions of being tough guys, without establishing any other than that they have guns. Inside the house it’s just people swearing and screaming at one another, which makes it seem like the actors were taught that the louder they shout their lines, the better the acting.

At no point is American Siege truly saying anything of value. The premise is about crooked cops, bad guys running illegal drug operations, while putting others behind bars to keep their power. Yet, even when the cops are crooked, it’s instantly forgotten when those who have been wronged result in killing and kidnapping anyone else. The point may be that everyone is a bad guy in their own way, but that doesn’t make American Siege any more worth the time and commitment.

In the end it’s also just another example of Bruce Willis giving the bare minimum of what he used to be as an actor. A part of American Siege nearly earns respect because Willis delivers 12 lines instead of just 10. And still his character up and walks away in a scene and we never see him again. It’s as if he says, “okay everyone, my time is up, I’ve shot my scenes for this day, pay me my one-million dollars, and good luck finishing the rest of the movie”. Part of me wants Willis to just own the ridiculousness, the mockery he brings to the profession he was once so good at, and just be a character in the background. We get it Bruce, you don’t want to do anything, you have a nice gig going, and film critics such as myself will most likely trash it anyway. But you shouldn’t be bringing down the people around you that still care about the craft, want to entertain an audience, or love the art of cinema. Is that too much to ask? I won’t hold my breath.

AMERICAN SIEGE IS PLAYING IN SELECT THEATERS AND ON DEMAND THIS FRIDAY JANUARY 7TH, 2022 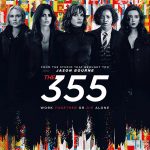 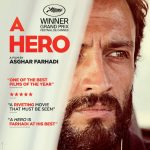