A part of me believes that interviewing director Edward Drake was an important thing to do. Not because AMovieGuy.com needs content or because I wanted the chance to chat with someone in Hollywood. I was glad to show a completely different kind of director in the movie industry. The career of Edward Drake is relatively new, but it’s safe to say that the movies he has made are part of the industry that moves quick. Get on the set and get out, without spending a dollar over, and although that may be the harsh reality of the industry, it also proves a hard work mentality from a director willing to adapt. Originally from Australia, Drake broke into the scene with a horror film called Broil and recently working alongside Bruce Willis in the film Breach. His newest escape is the sci-fi adventure, Cosmic Sin– starring Willis and Frank Grillo, battling aliens to save the universe. I was lucky to have the chance to talk with Drake on the Hot Seat about making a movie in nine days, chatting with Bruce Willis, and changing in the time of covid. Watch it here: 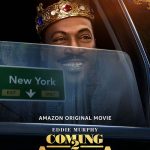 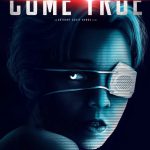