There’s a bit of hope that Come True could be 2021’s The Vast of Night, a lower budget sci-fi picture, that changed the entire way that movies are made these days. Andrew Patterson made an incredible throwback, with an unknown cast, spectacular camerawork, and a thrilling premise. I can’t say all of those things about Anthony Scott Burns’ newest film, but it deserves to be on the same playing field. Come True is a slow burner, a dreamy narrative, about a woman named Sarah (Julia Sarah Stone), struggling with her sleeping patterns. Outside of the fact that her dysfunction with family has left her relatively homeless and looking for a way to survive, she also keeps having haunting nightmares, images with gangly figures appearing, and shaking her up. The struggle becomes about finding exactly what this person or entity in her dreams is, but sometimes digging into our minds can be the wrong approach. Sometimes our nightmares can become our reality.

One way that I would describe Come True, both in the way it looks, and the characters themselves, is blue. There’s an eerie cloud that constantly shrouds the screenplay by Burns, and the story from Daniel Weissenberger. The character of Sarah is a naturally timid person, dainty in stature, but more than capable of holding her own. She’s made it this far. When Sarah finds an advertisement about a sleep study that will pay her money, she views it as an opportunity to cover all her problems in one. Find out why she can’t sleep, have a place to rest for the night, and get paid for it all in the process. As one might expect, any movie that mixes horror and sci-fi, with the concepts of sleep pollarasis, and dark nightmares, it’s best to just not mess with the person lurking inside someone’s head. But head scientist Jeremy (Landon Liboiron) has found a way to view the dreams that Sarah experiences and Come True winds into a deep dive, all of it to save Sarah from these images that visit her at night.

The big highlight of Come True is how it never sacrifices for the sake of jump scares or how common viewers might want their horror to be. The images of the nightmares are disturbing to the core, with a dark foggy visual, slowly moving through rocks, and eventually arriving on a tall figure with glowing eyes. When you add on to the fact that it’s Anthony Scott Burns also doing the cinematography, it becomes obvious that this was a director incredibly sure of himself, well versed in the artistic nature of keeping the viewers uneasy. You may not even get the release you are waiting for, but that’s also what makes Come True uncomfortable.

The argument is right that Come True could use a bit more energy, especially the third act, which involves a slow paced segment where Sarah’s character is being followed while she is sleepwalking at night. What I can say is that the deliberate pace is the right choice, never showing itself early, constantly building while the images in Sarah’s head begin to harm her on the outside. Blood leaking out of her eye, scarier nightmares where the figures resemble the demons of John Carpenter’s The Fog, and Jeremy coming too close for comfort with his subject. The goal is to eradicate the sleeping problems, but in Come True they only seem to grow worse as the narrative goes on.

What I can’t do is end this review without saying that Come True has an excellent grasp of the style and settings needed to make a strong independent horror film. Director Anthony Scott Burns deserves high praise, where his name, and fingerprints are over all of this film. His first great choice was casting Julia Sarah Stone as the lead, a bright new talent that reminds me of The Assistant star Julia Garner, but also in complete control when she is present on the screen. With all of that, Come True is an incredibly cool concoction of disturbing science fiction. If you’ve ever wondered about the psychology of dreams or what it would be like to see them, then this is certainly the movie for you. Come True is fascinating independent cinema, I just hope I won’t be seeing weird things when I rest my little head. 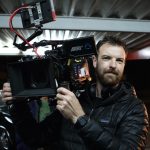 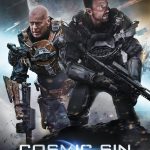