MOVIE: THE VAST OF THE NIGHT

The word I would use to describe The Vast of the Night is vintage. This is an old school movie, with a look from the 1950’s, a classic style, tone, and by far one of the most surprising films of 2020. The Vast of the Night is a sci-fi picture and even though it may not feature the explosions or CGI creatures, it is one of the most inventive films this year. Director Andrew Patterson has made something unique and equally rooted in classics, such as The Twilight Zone, The Day the Earth Stood Still, or even the 1958 version of The Blob. There is something strange going on in a border town of New Mexico on the night of the big high school basketball game. That leaves the scrappy Fay (Sierra McCormick) and radio DJ Everett (Jake Horowitz), as the lone observers, looking for signals that are being sent across the airwaves. The Vast of the Night may be a micro-budget picture, but this is big, fantastic sci-fi cinema.

From the opening shot, you know what kind of movie The Vast of the Night will be. It starts out on a black & white TV, zooming in, and whisking us to the basketball game. Everett is the sought after person, probably because he’s the best with audio visual, where the radio crew, the scoreboard operator, everybody seems to need him. Fay has a passion for AV stuff as well and she wants to show Everett her new tape recorder. Since Fay is walking to work at the towns local phone switchboard and Everett is the host of the nightly radio show, the two speed along the road, sharing stories along the way. They part, and only a few minutes into working, Fay notices a weird sound coming through on calls, and anyone warning her on the other line is mysteriously cut off. There’s something strange going on and Fay and Everett do some of their own investigating to see what’s out there, or up there.

An impressive part about The Vast of the Night, is that writers James Montague and Craig W. Sanger know that our ears are better senses than our eyes for a narrative like this. You’re not going to see little green creatures asking to “take them to our leader”, but there is a hovering sense of dread created. It’s a screenplay that asks you to be patient, with long segments of dialogue sucking you in, and the tension building to what is out there. A caller phones into the radio station to help Everett with the mysterious noise he’s hearing, which turns into a long engaging monologue about hidden government secrets, flashing lights in the sky, and a big ship hovering among the clouds. It also helps that this is a movie with extremely cool direction from Patterson and cinematography by M.I. Littin-Menz. Their use of long tracking shots, zooming and zipping in the gymnasium, out a window to follow our two characters long walk, and keeping us in the dark on what’s out there, are all the reasons why the craft of The Vast of the Night is superb.

Movies such as The Vast of the Night deserve high praise. They are using every penny in the production and getting the bang for every buck. The performances from McCormick and Horowitz is a delightful and energetic pair. When you step back from the micro-budget production, it’s impossible to not have thoughts of Andrew Patterson having the skills of a young Steven Spielberg. In The Vast of the Night is an independent classic. It’s a fantastic throwback to the kinds of entertaining movies we crave and still proving that cinema does not depend on being a big blockbuster. It would be a great moment for independent films, if The Vast of the Night became an entire series, delivering more strange and eerie stories about creatures or things that go bump in the night. A dark vast night.

The Vast of the Night is available on Amazon Prime 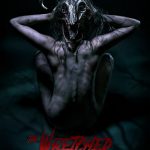 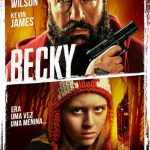