The Wretched is a film that will fade from my mind fast during the quarantine from Covid-19. During the pandemic, I have watched who knows how many movies, so it’s important to make a good first impression. Sadly, when the impression is weak, it’s not for a lack of trying, where the brother writing/directing team of Brett and Drew T. Pierce clearly have a love and affection for the horror genre, but maybe tried to bite off a bit more than they should be chewing. The Wretched has the tone of a throwback film, in the vein of a Joe Dante picture or a re-imagining of Fright Night, but sadly it’s lacking in the department of scares and overall structure. I see tons of potential in this directing team, but The Wretched left me groaning for something more.

The premise involves a teenager named Ben (John-Paul Howard), an only child, struggling with the reality of his parents getting a divorce, and spending his summer working at the pier with his dad- Liam (Jamison Jones). If all of those things don’t sound rough enough, Ben has lost the trust of his parents, when he broke into someones house to steal pills and it resulted in a broken arm. What could be worse? I guess that would be when a creature or entity latches onto his next-door neighbor, posing as themselves, but looking for a chance to feast on other people. The problem about all of that is nobody exactly believes Ben, not even his new friend Mallory (Piper Curda), and now there is a demon-thing looking to take over everyone or anything in the neighborhood.

On the positive side, The Wretched has moments of cool imagery and the demon entity has a creepy ability to twist and turn the body that it enters. Theres creepy shots of gangly hands, gnashing teeth, black goo oozing out of bodies, and a few moments of jump scares that show promise. The negative side is that most of these efforts feel cliched, almost repeats of past abduction films, and eerily similar to David F. Sandberg’s low-budget hit Lights Out. It’s also the writing that left me a bit stunned. Characters have actions that are completely forgetful of how actual humans would react and there is a final twist that is incredibly unnecessary. The Pierce brothers have the right ideas and the right appreciations for the genre, it’s just not something we haven’t seen before, and horror is a genre you better get right.

The Wretched might have been better on a second viewing, maybe it plays better with an audience to experience it with, but that’s not how I saw it. It makes it’s debut this weekend OnDemand with IFC Midnight and sadly there are plenty of other horror films you should be streaming before this one. I seem to be a bit on the minority side of appreciation for this film, which for the low-budget and young cast, it’s certainly not the worst movie of 2020. It’s just a swing and a miss. There are some interesting images, even a scene where Ben dives into the hole of a tree that looks similar to The Descent, but that’s the movie you would be better off watching. The Wretched has the right appreciation for the genre, just not the right stuff to get my recommendation. 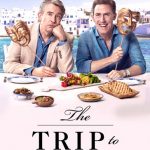 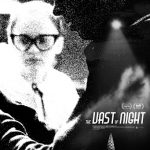 The Vast of the NightReviews