The way I related with Lauren Hadaway’s The Novice was a scary thing. The person that Isabelle Fuhrman portrays is the person that I once was. It’s terrifying really, the way our minds and our actions can separate from one another, creating a world where the brain is telling us to keep going when our body is falling apart. I was a high school athlete, three sports, and I went on to play college football. Although I look back fondly at my time on the field, I can’t say that I had a healthy relationship with the sport. At a certain point the passion stops being fun. When that happened to me I can’t pinpoint, but there was a complete dissociation between playing football for the joy of competition and where I became suicidal. I can’t deny that at one point I wished that I would just die playing football. Break my neck or die from exhaustion. I suffered from depression and was in full tilt of my drinking culture. I pushed myself to be the best, even though my body wouldn’t let me, I had already had multiple knee surgeries, and my athletic ability was never the best on the field. That did not matter to me. This similar way of thinking is on display in The Novice, about a college girl starting her freshman year on the school rowing team, having the passion to become the best, and driving, smashing that passion into a powdery dust. For many athletes, The Novice is not just a fictional feature, but biblical documentation.

A quick story as an example of things I did to myself. During my senior year of training camp, I was feeling the pressure of another teammate taking my spot as starting tight end. I was mad at my performance, aware that it was my final chance to win. In my stubborn way, in the 100 degree heat, sweating, with pads on, the sun beating down on a rubber pellet coated field- I decided to stop drinking water. I told myself that I was weak, that I didn’t deserve it because I was playing poorly, and frankly I should be punished. I passed out on the field. Was hit with a case of heat stroke and had to be transported to the hospital. At that point, I wasn’t having fun, the sport I loved was beyond the passion I had for the game. It was an obsession, I was trying to force the success, make a statement, or maybe I was just crying out for help.

The Novice begins in the dark basement of the university’s rowing facility, which is where director Lauren Hadaway instantly sets the tone, both visually, and narratively. We see what Alex (Fuhrman) sees, a sense of tunnel vision, which is not instantly there, but turns on like a switch when her competitive edge is ignited. She’s a first-year, but when she begins to notice the times needed to earn a spot on the varsity boat, that becomes her only obsession, living on the erg machine, pumping, and driving till her hands bleed. She quickly dives into a realm of competitiveness that is not only unhealthy, it’s driving her into a place she might not be able to return from.

The screenplay is written by director Lauren Hadaway, which not only tells the story of Alex, but also has an incredible grasp on human drive, turned obsession. This is not just Black Swan on a boat or Whiplash with water. It’s a measured and purposefully redundant telling, with phenomenal editing of Alex pushing the oars, wrapping her hands, sweating, writing her times down, and ignoring all advice from her coaches when they say to settle down. The supporting cast of Amy Forsyth as Jamie, the teammate of Alex that is both the competition and her only friend, is one of the various characters that ensures the dynamics of Alex’s personality. The other side is Alex’s personal life, often affected by her constant pursuit of greatness, is the relationship side, where she becomes romantically involved with a TA named Dani (Dilone). Their love is tragic, both because they can’t make it work, but also because it’s Alex’s drive for rowing that breaks their love down.

What can’t be denied is that The Novice is one of the best movies of 2021 and a film that impacted me right in my soul. The performance by Isabelle Fuhrman goes to an entirely different level. The actress who made her impact with the horror film Orphan is reminding everyone that she’s still the real deal, capable of fully submerging into a character, no matter how dark it goes. The only flaw from The Novice would be that the repetitiveness does go a bit overboard and could be cut down on time- but the repetitiveness certainly is the point. This may have been the directorial debut for Lauren Hadaway, but the precision, the visual aesthetics, and the sheer artistic will makes it one of the best debuts of 2021. You wouldn’t call this director The Novice. She’s an absolute veteran as far as I’m concerned. 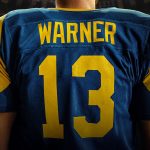