As a person that played college football and had the same aspirations as Kurt Warner did, I like to think that I’m the target for a movie like American Underdog. Admittedly, I’m a Kurt Warner fan, a quarterback that came out of nowhere and rose to incredible heights in the sport of football. He was not only a fantastic story, but a thrilling quarterback to watch, where his gunslinger style throwing fit in perfectly with the St. Louis Rams high flying offense. You might be waiting for the BUT and that’s because American Underdog knows the story of Kurt Warner and forgets how to make a football movie thrilling. What could be a heroic story of an unknown quarterback, rising above the odds, proving his naysayers wrong on the field, is more about his relationships off the field, failing to create any structure of an underdog story. American Underdog is a contrived family drama and an even worse sports movie.

The story of an underdog is a staple for cinema, from Rocky, to The Replacements, Miracle, or The Rookie, audiences can never get enough of a hero starting at the bottom and rising to the top. Those movies work because they genuinely get the sports they are about right. In American Underdog, directors Andrew and Jon Erwin have the entire background of Warner’s personal life, with a screenplay written by David Aaron Cohen, Jon Gunn, and Jon Erwin, working off the book by Warner All Things Possible. Although the details are in depth, it’s everything else around the story that plays like a Hallmark channel production. From the terrible wigs on Anna Paquin as Brenda Warner, the inauthentic looking football action, and overall bad acting, American Underdog makes a tailormade story worse than it has to be.

The football journey for Kurt Warner (Zachary Levi- bringing a fine performance in a straightforward role) began with his time in college at the University of Northern Iowa. He’s the second string QB, pleading to his coach to give him a chance, but his stunted amount of playing time has him on the outside of the NFL draft. During his time in college and one night at a line-dance bar, Warner romantically meets Brenda Meoni (Paquin). She’s a former Marine and mother of two children, one of them being Zack, her son that is legally blind from a horrific accident with her ex-husband. The two earnestly commit to one another, with Kurt working shifts as a grocery stocker, while Brenda goes to nursing school, but back in Kurt’s mind, he always believed he could make it as a quarterback in the NFL.

The second and third act is about Warner being introduced to the world of the Arena Football League, which is where he would get his second chance. A few years later and a bit of luck, Warner is the backup QB for the Dick Vermeil (A grinning Dennis Quaid) led St. Louis Rams, which is followed by an injury to the starter, leading to Warner being thrust into the driver’s seat as a starter. What followed was an unbelievable season of football, concluding in an MVP year, and a Super Bowl championship, yet most of that stuff is obnoxiously an afterthought. The story that American Underdog is telling is the wrong one and it does not help that the production looks cheesy on top of it.

I’ll give the Erwin brothers credit, where their brand of cinema typically involves faith based narratives- which is briefly present in what Brenda and Kurt believe guiding them- but is never heavy handed. More faith based movies should be like this. The acting from Levi and Paquin is honest- although Paquin is saddled with a laughable wig, which should distract everyone from ever taking her seriously- It’s just that the real story should be told through the football life of Warner and less of the romance side. Rocky worked because he was a nobody and his awkward ability to be loved made his relationship with Adrian more endearing. It’s when Rocky begins his climb to success when we’re hooked in. American Underdog barely cares about football. The action on the field looks worse than the first practice for a high school freshman team and Warner’s success in the NFL is more of a footnote than a climax. I wanted to see the movie that Kurt Warner’s life deserves and instead we get a movie that doesn’t even deserve to start. I say keep American Underdog on the bench. 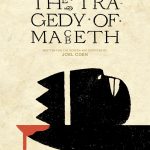 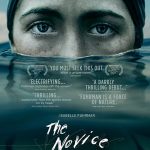